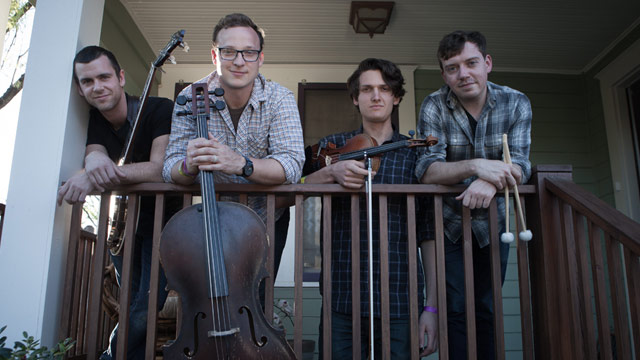 Classical cellist-turned-folk singer/songwriter Ben Sollee dips his toe into the world of bluegrass on his upcoming album, Ben Sollee and Kentucky Native. Additionally, Sollee takes added inspiration from other indigenous music from around the world, particularly from the various cultures that initially informed folk and bluegrass music (keep an ear open for the Mexican groove on "Mechanical Advantage," for example). Sollee and his band recorded the album live in a cabin in Kentucky, often in spontaneous fashion, resulting in a record that sounds like it's being performed in your living room. The album is due out August 11 on Soundly Music.

Ben Sollee and Kentucky Native can be ordered here.