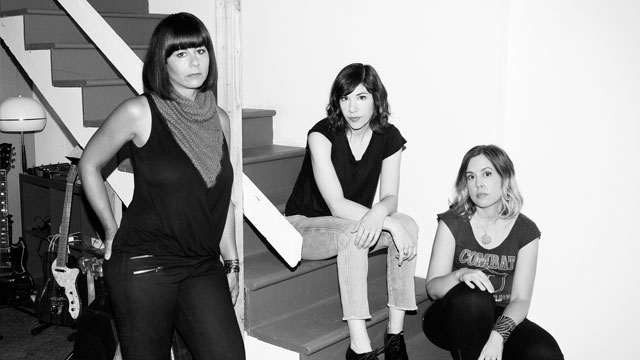 Getting a new year going after the holidays always seems to take a few weeks, but now the music machine is kicking back into gear with a strong slate of new releases for next week. Check out some of the big albums before they hit stores.​

Sleater-Kinney — No Cities to Love
The Washington trio's first new album in 10 years will be supported by a tour in February.

Marilyn Manson — The Pale Emperor
In a change of direction, Manson wrote the songs for the album with producer and composer Tyler Bates instead of longtime collaborator and primary songwriter Twiggy Ramirez.

The Decemberists — What a Terrible World, What a Beautiful World
The band's seventh album features 14 songs written by frontman Colin Meloy (iTunes required).

Belle and Sebastian — Girls in Peacetime Want to Dance
The Scottish band's ninth album is their first for venerated indie label Matador Records.

Ryan Adams (with Johnny Depp) — No Shadow
The prolific artist brings along the quirky actor for a three-song EP.