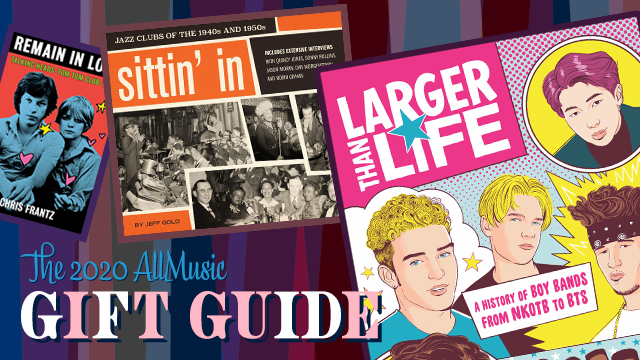 We're taking a different approach with our gift guides this holiday season; instead of a grab bag of various suggestions for the music fans in your life, we've opted to stick with some weekly themes. First up, we're sharing our list of some of the year's best music books, from insightful pop star memoirs to deep explorations of songcraft to a vibrant history of jazz clubs. In the coming weeks, we'll also be digging into gadgets, clothes, and box sets. 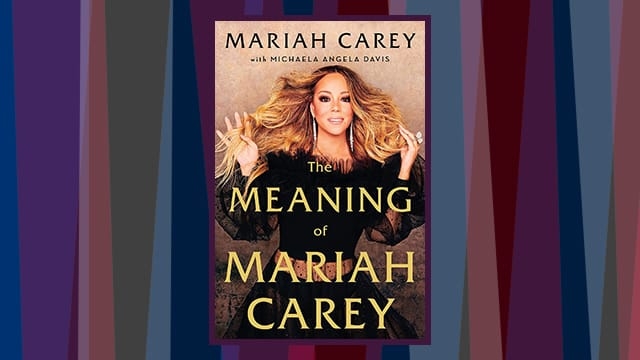 The Meaning of Mariah Carey
Hailed as one of the most fascinating music memoirs of the year, Mariah Carey's book makes up for what it lacks in dishing dirt by painting a comprehensive look at her background, her experiences with the music industry's top power players, and the price of a level of fame that very few people can truly comprehend. It's also fully presented in her recognizable voice, rather than the usual rush job put together by a ghostwriter after a few hours of interviews. From her marriage to Tommy Mottola to her secret 90s alt-rock band to the unexpected stories behind some of her biggest songs, there's plenty here for both the superfans and those interested in the life of one of pop's most significant figures of the past 30 years. (Hardcover, $14.98) 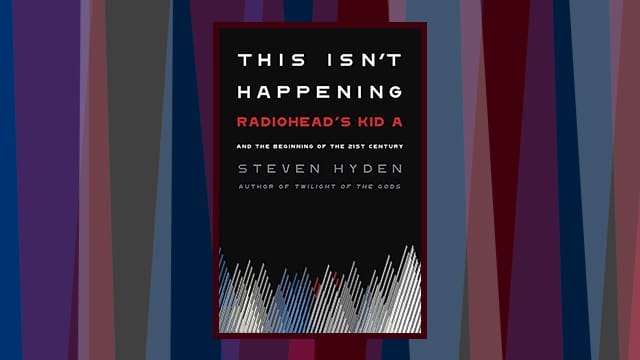 This Isn't Happening: Radiohead's "Kid A" and the Beginning of the 21st Century
Author Steven Hyden (Twilight of the Gods, Your Favorite Band is Killing Me) performed a deep dive into the band's fourth album in his latest outing. More than just an overview of the recording process or a track-by-track analysis, Hyden digs into the culture surrounding the band during their early era and how they consciously shifted toward more experimental and serendipitous methods to capture the sounds that would become the album. (Hardcover, $24.30) 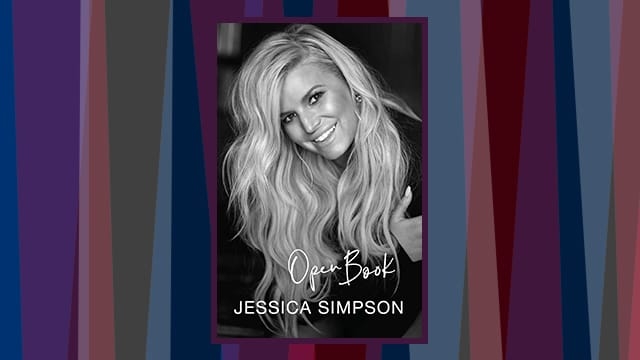 Open Book
Candid to a fault and certainly the work of a more thoughtful mind than America was introduced to on Newlyweds, Jessica Simpson's memoir deftly pulls off the difficult task of bringing introspection and self-awareness to someone who we've been conditioned to think isn't very bright. Here she casts off her ditzy persona to explore the mechanisms that brought her to stardom, her struggles with various forms of abuse, her high profile relationships, and her body image. And like Mariah, she narrates her own audiobook. (Hardcover, $17.31) 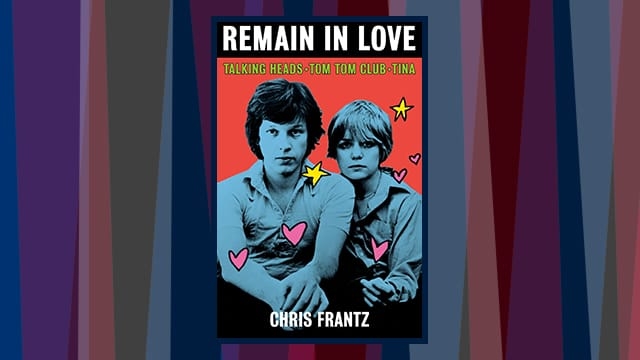 Remain in Love
Many rock memoirs can err on the grim side, with details of overdoses and loneliness that would make most of us glad that we chose another path. Talking Heads and Tom Tom Club drummer Chris Frantz takes a different tact in his book, perhaps because he presents himself as the embodiment of the well-adjusted rock star: an art school kid from a supportive family who just happened to get caught up in the scene at CBGB in the 1970s. The stories are rarely upsetting (although David Byrne often looms as an antagonist), and Frantz cleverly puts across his genuine love for the music he helped create, and shines significant light on the early days and ongoing nature of his relationship and marriage to his Talking Heads bandmate, Tina Weymouth. For more on Remain in Love, check out our interview with Frantz from earlier this year. (Hardcover, $14.99) 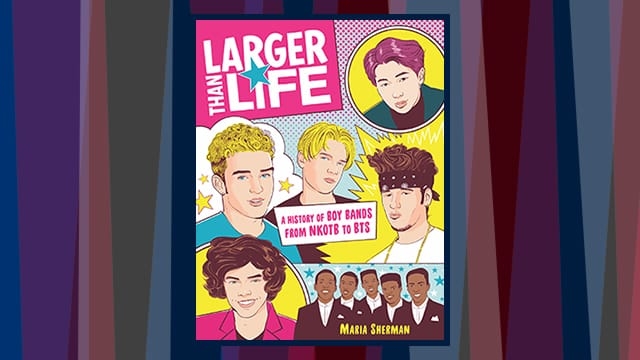 Larger Than Life: A History of Boy Bands from NKOTB to BTS
Those of us who have been around long enough can recall the waves of boy bands that have captured the attention of the pop world across the decades: New Kids on the Block gave way to Backstreet Boys and *NSYNC, then One Direction came along, followed by the global explosion of BTS, and they all managed to permeate the culture in major, unavoidable ways. Jezebel writer Maria Sherman traces the lineage of these groups not so much in terms of obsessive details for each group (though they're certainly present), but with a broader sense of curiosity about the phenomenon itself, what it says about trends and audiences, and where the whole thing is headed. (Paperback, $22.49) 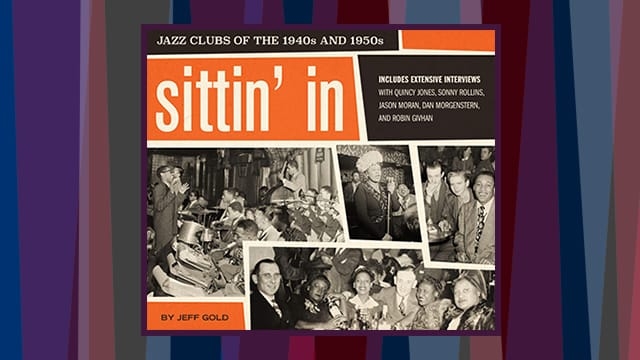 Sittin' In: Jazz Clubs of the 1940s and 1950s
This beautifully-designed collection of over 200 photographs and memorabilia from jazz clubs in the '40s and '50s is meticulously laid out and researched. Pictures of musicians, celebrities and jazz aficionados are interspersed with classic photos of the nightclubs, matchbook covers and souveniers, as well as interviews with Quincy Jones, Sonny Rollins, The Washington Post's Robin Givhan, and more. (Hardcover, $39.99) 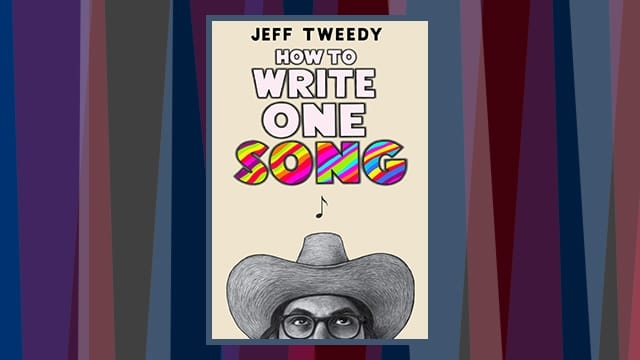 How to Write One Song
On 2019's Let's Go (So We Can Get Back): A Memoir of Recording and Discording with Wilco, Etc., Wilco's Jeff Tweedy proved to be a dry, witty and humble spokesman for the life of a musician's. Digging deeper into the mysterious process of songwriting on this year's How to Write One Song: Loving the Things We Create and How They Love Us Back, the guitarist and singer offers straightforward advice on the process of writing a song, but also muses on the human desire to be creative and to be heard. (Hardcover, $16.64) 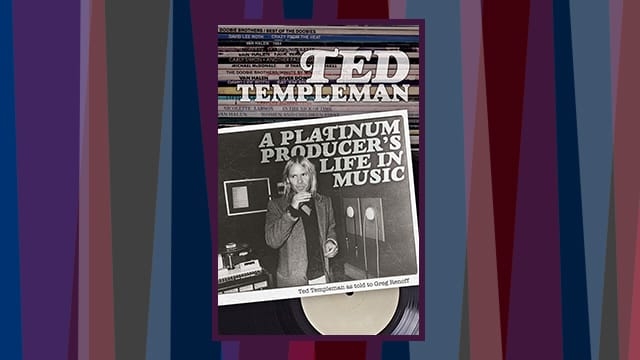 Ted Templeman: A Platinum Producer’s Life in Music
With the passing of Eddie Van Halen and the recent induction of the Doobie Brothers into the Rock and Roll Hall of Fame, it's a great time to explore both bands through the lens of their acclaimed producer, Ted Templeman. His book gets into the details of the juggernaut albums he oversaw, his relationships with artists he met along the way, and hopefully answers, once and for all, the eternal question: "What does a producer actually DO?" (Paperback, $19.95)