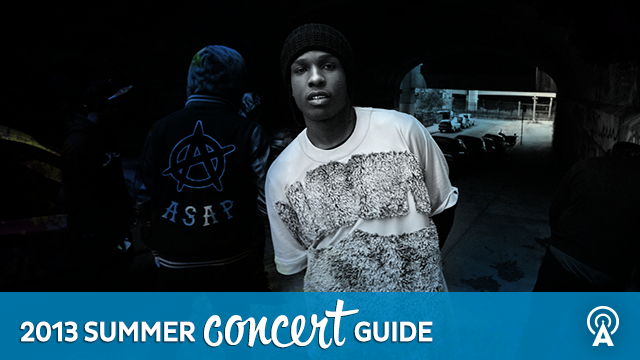 Following 2012’s wildly-successful first run, tour founder and 420-friendly party rapper Wiz Khalifa returns with his second annual Under The Influence of Music tour. Co-headlining with chart-topping emcee A$AP Rocky, the tour will be making stops in 20 cities from coast to coast, doubling last year's schedule. The pairing of two of the more commercially successful rap acts of the moment makes this one of the summer’s biggest roving hip hop packages -- and in addition to these heavyweights, check out a bevy of opening acts, like B.o.B., Trinidad Jame$, Joey Bada$$ & Pro Era and Berner, as well as performances by Chevy Woods and Smoke DZA in select cities.