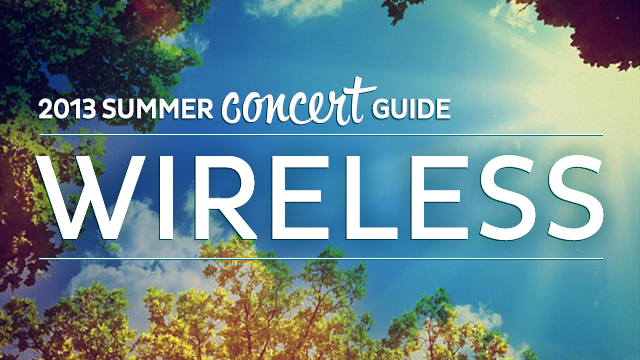 Overseas and feeling down that Jay-Z and Justin Timberlake's tour isn't coming your way? On the scene for its first year, Wireless has you covered -- the duo take turns headlining before sharing top billing on the fest's final night. In addition to that double threat, tune in to a hot, hip-hop and R&B-heavy lineup of some of our Best of 2012 artists, like the powerful Frank Ocean, sleek singer Jessie Ware, Kaleidoscope Dreamer Miguel, and M.A.A.D. emcee Kendrick Lamar, alongside crowd-pleasers from Ke$ha to Snoop Lion.