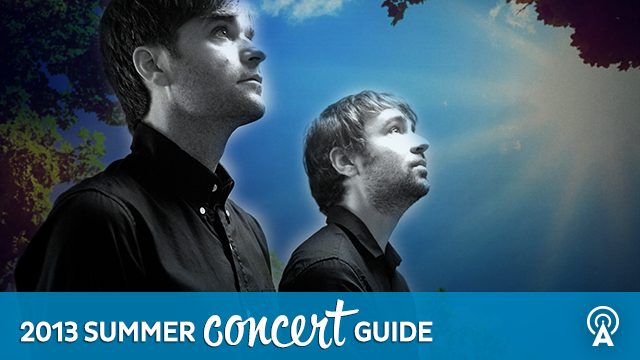 One of 2013’s more notable reunions, the Postal Service is celebrating the tenth anniversary of Ben Gibbard and Jimmy Tamborello’s much-loved album Give Up by taking it on the road. The duo began touring in the spring with dates including Coachella and a jaunt to Europe, and are spending the summer taking favorites like “Such Great Heights” and previously unreleased songs like “A Tattered Line of String” (which was featured on Give Up’s deluxe reissue) across North America. The Postal Service’s sweet electro-pop sounds as fresh as it does when it was released and even better live, and supporting acts like Mates of State and Divine Fits make this tour even more of a must-see.