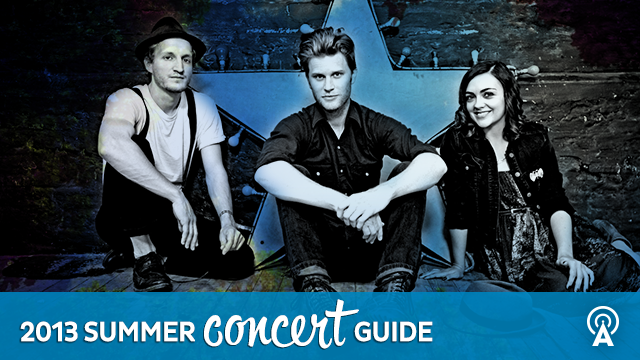 "Ho Hey," the first single released off of the Lumineers' self-titled debut album, and a song which had long been the centerpiece of their impressive stage act, went double platinum and Top 10 globally across multiple markets in 2012. The group has been touring in support of it ever since. This summer's leg takes them to Europe and Australia, with stops at the Glastonbury Festival and the Montreux Jazz Festival on, before they returned to North America for several dates, including the Newport Folk Festival on July 28, Edgefest in Toronto on July 31, and Lollapalooza in Chicago on August 2. The band then bounces back across the ocean to play the Leeds Festival on August 23 and the Reading Festival on August 25, before shuttling back to North America at the end of the summer for dates in the Pacific Northwest.