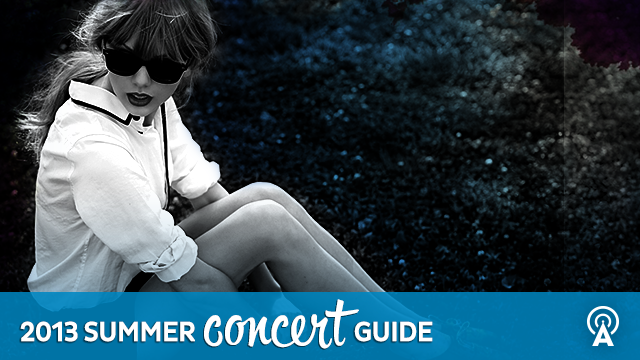 Red may have been released a year ago, but Taylor Swift’s tour supporting the album is still in full swing. The country-pop princess knows how to play to an arena, and she’ll be performing in plenty of them as her act crisscrosses America from June through September. Supported by Casey James and Ed Sheeran, Swift’s tour stops include a sold-out, four-date stand in Los Angeles and a three-date North American finale in Nashville before she heads out again in November for a string of Australian dates – just in time to catch the beginning of summer in the Southern Hemisphere.