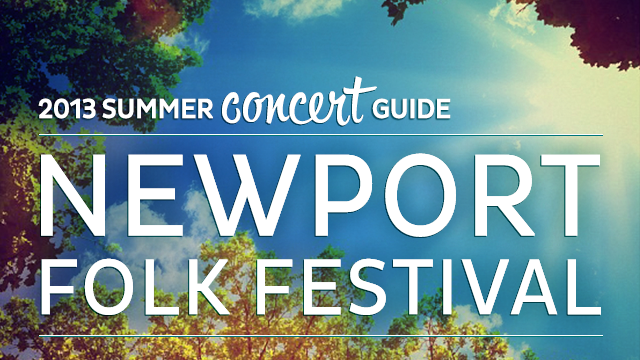 The Newport Folk Festival, which was founded in 1959 by George Wein, has been the site of many historic firsts. It launched the national careers of Joan Baez, Bob Dylan and Kris Kristofferson (who was introduced by Johnny Cash); it propelled and bore witness to the blues revival that took place from the early to late 1960s (with performances from Muddy Waters and Howlin Wolf to Lightnin’ Hopkins and Fred McDowell). It was also the place where later Dylan shocked its polite audience with his first ever plugged-in performance in July 1965. Forty years later, the Pixies reversed it by playing an acoustic set to commemorate the occasion. The 2013 Newport Festival will host a stellar range of artists. Its headliners include Feist, Beck, and the Avett Brothers, while artists like Trombone Shorty and Orleans Avenue, Jim James, Bombino, The Lumineers, Beth Orton, Old Crow Medicine Show, Frank Turner & The Sleeping Souls, Ramblin’ Jack Eliot, Michael Hurley, Amanda Palmber, Justin Townes Earle, Michael Kiwanuka, the Felice Brothers, Cold Specks and The Berklee Gospel and Roots Choir, will also will be gracing that hallowed stage.