The Ronettes weren't the most commercially successful girl group, but their music was some of the most groundbreaking in the field, thanks to their association with the legendary Wall of Sound producer Phil Spector. Their biggest hit, "Be My Baby," is widely regarded as one of the crowning achievements of Spector's oeuvre, and of girl group pop in general. In fact, many critics have deemed it one of the most supremely romantic records of the rock & roll era; Spector's production frames the song's yearning lyrics and Ronnie Bennett's sweet, sultry vocals in a sweeping, near-symphonic level of emotion. Even though the Ronettes never managed another hit as big as "Be My Baby," many of their subsequent singles boasted the same kind of creative synergy between Spector and Bennett. It apparently carried over into real life as well, since the two were married in 1968, not long after Bennett went solo. Unfortunately, the union was an unhappy one, as Spector soon turned reclusive and controlling, largely preventing her from recording (or even leaving the house). After their divorce, she recorded sporadically without much success, but became something of a female rock icon when she published her survivor's-tale autobiography.

The Ronettes were formed in the Washington Heights/Spanish Harlem area of New York City. Sisters Veronica (aka Ronnie) and Estelle Bennett and their cousin Nedra Talley first started harmonizing together as teenagers in 1959, inspired by doo wop groups like Frankie Lymon & the Teenagers and Little Anthony & the Imperials. First calling themselves the Darling Sisters, the trio also worked on their dance moves, and won the famed amateur talent contest at the Apollo Theater; afterward, they began formal vocal training. In 1961, they were standing in line to get into the Peppermint Lounge -- epicenter of the twist dance craze -- when a manager mistook them for an act he'd booked. They performed to great response, and were quickly hired as regulars. Later that year, they appeared in the film Twist Around the Clock, and danced in shows staged by disc jockey Murray the K. They also got a record deal with the Colpix label, issuing their debut single, "I Want a Boy," as Ronnie & the Relatives that year. Follow-up singles credited the group as the Ronettes, including "I'm on the Wagon," "Silhouettes," and "Good Girls," but none were anything more than regionally popular.

The Ronettes caught their big break when they met Phil Spector, who saw in them talent he could mold to his specifications; he was already tiring of his association with the Crystals, substituting outside singer Darlene Love on several records credited to them. Spector signed the Ronettes to his Philles label, where they were given a more defined image than most female artists of the time. They were still sweet and feminine, to be sure, but they had hints of attitude -- they were photographed with tall hairdos, heavy eyeliner, and tight skirts. Moreover, their songs dared to address the objects of their affection directly ("I love you" as opposed to "I love him"), even -- on a subliminal level -- seductively. Spector lavished all his attention on his new protégées, collaborating on material with some of the top Brill Building songwriting teams. Their first Philles single was "Be My Baby," a tune Spector co-wrote with Jeff Barry and Ellie Greenwich especially as a showcase for Ronnie Bennett. Right from the often-imitated drum kick that opened the song, "Be My Baby" announced itself as a pop classic; Spector's lush arrangement seemed to echo into infinity, while Bennett's sweet vulnerability captured the hearts of enough teenage male listeners to send the song to number two on the pop charts and number four R&B. It also became the all-time favorite record of Beach Boy Brian Wilson, who was directly inspired to emulate Spector's arsenal of production innovations; he also penned "Don't Worry Baby" for the Ronettes in tribute, but when Spector refused the song, the Beach Boys recorded it themselves for a hit.

None of the Ronettes' other singles even managed to make the Top 20, but they continued to turn out high-quality work over the next two years. Their next hit, 1964's "Baby, I Love You," featured Leon Russell as the session pianist, as well as backup vocal support from Darlene Love and a young Cher. Subsequent singles like "(The Best Part Of) Breakin' Up," "Do I Love You?," "Walking in the Rain," and "Is This What I Get for Loving You?" still rank as all-time girl-group classics; "Walking in the Rain" went on to win a Grammy for Best Sound Effects, the only one Spector ever received. Meanwhile, she was testing the waters for Bennett as a solo artist; she recorded a song under the name Veronica, "So Young," which nonetheless included backup harmonies by the other two Ronettes (it was withdrawn not long after release).

With his attention consumed by Tina Turner in early 1966, Spector put the Ronettes on the back burner; one of his final sides with the group, the lovely "I Wish I Never Saw the Sunshine," was never even released. Jeff Barry produced the final Ronettes single for Philles, "I Can Hear Music," in late 1966. Shattered by the cool reception afforded his magnum opus, the Ike & Tina Turner single "River Deep-Mountain High," Spector soon shut down the Philles label, and the Ronettes disbanded. Spector left his wife to marry Bennett in 1968, and the two lived together in Spector's L.A. mansion. However, his behavior grew increasingly erratic and controlling. In spite of Ronnie's ambitions for a solo career, Spector took pains to ensure that she remained at home -- not just refusing to book recording sessions, but not even allowing her to leave the house without his permission. He became psychologically abusive, allegedly threatening to kill her, monitoring her phone calls, and forbidding her to read books or see friends. When the couple failed to conceive children, Spector adopted three -- the last two without even consulting his wife -- which ensured that she was kept busy at home. Even amid all of this, two singles made their way to release -- 1969's aptly titled "You Came, You Saw, You Conquered" (which was credited to the Ronettes Featuring the Voice of Veronica), and 1971's "Try Some, Buy Some," issued on the Beatles' Apple label. 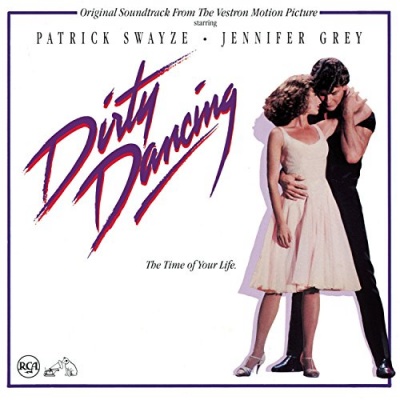 Ronnie left her husband in 1973, and their divorce was finalized the following year; reportedly, Spector made a substantial alimony payment by sending Ronnie a truckload of dimes. Nonetheless, Ronnie kept his last name, and formed a new version of the Ronettes with Denise Edwards and Chip Fields; they recorded a couple of singles for Buddah in 1973 and 1974, but none charted. Ronnie Spector released several solo records during the late '70s without much success; she did return to the spotlight as a guest vocalist on rocker Eddie Money's Top Five hit "Take Me Home Tonight" in 1986. Two years later, on the heels of a "Be My Baby" revival in the film Dirty Dancing, the three original Ronettes sued Spector for nonpayment of royalties; the case dragged on for years and years. In 1990, Ronnie published her autobiography Be My Baby: How I Survived Mascara, Miniskirts, and Madness; the book was a sensation thanks to its detailed account of her bizarre relationship with Spector, though she maintained that she had been genuinely in love with him at the start, and that he was never physically abusive to her. In late 2001, a New York court announced a verdict in favor of the Ronettes, ordering Spector to pay nearly three million dollars in back royalties; the judgment was later overturned on appeal, but part of the case was sent back to a lower court, renewing the group's hopes. Ronnie Spector died on January 12, 2022 after a brief struggle with cancer. She was 78 years old.