Though he was not widely known outside of a small cult audience, Steven Fromholz was an enormously respected songwriter among fans of progressive Texas country. Fromholz cut his own records and appeared several times on Austin City Limits, but chiefly made his name by supplying other artists with material -- artists such as Willie Nelson, John Denver, Jerry Jeff Walker, Michael Martin Murphey, and Hoyt Axton. Plus, during the '90s, Lyle Lovett recorded two of Fromholz's best-loved songs, "Bears" and "Texas Trilogy," on his all-covers album Step Inside This House. Fromholz's honors crested in 2007 when he was named Texas' state poet laureate.

Fromholz was born in Temple, Texas, on June 8, 1945, and his family frequently moved around during his childhood. During his first year at North Texas State University, he met Michael Martin Murphey and the two formed the Dallas County Jug Band; Fromholz later became a member of the Michael Murphey Trio before drifting out of school. He joined the Navy for a spell, and upon his release in 1968 he moved to Colorado, where he met singer/songwriter Dan McCrimmon. They teamed up as the Western folk duo Frummox and recorded an album called Here to There for the Probe subsidiary of ABC. It went nowhere at the time, although it gradually became something of a legend in Texas and Colorado and remains a highly prized (and pricey) collector's item on vinyl.

Frummox disbanded in 1971 over differences in musical direction and Fromholz was invited out on the road by his friend Stephen Stills, who was touring with his enormously eclectic all-star outfit Manassas. After about six months, however, Fromholz quit and returned home in poor health and tired of the tour's rampant ego battles and cocaine use. He had another connection, however, in former Monkee Michael Nesmith, who had become fascinated with country-rock and was busy scouting artists for his progressive-minded Countryside label. Fromholz recorded the single "Sweet Janey" for Countryside and also completed the full-length How Long Is the Road to Kentucky in 1973; unfortunately, two days before its scheduled release, Countryside lost its distribution arrangement with Elektra and the record remains in the vaults to this day. Frustrated with his run of bad luck, Fromholz moved from Colorado to Austin, Texas, hoping to find regular gigs on the developing progressive country scene. 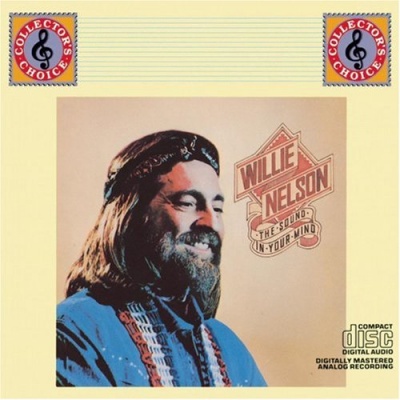 Fromholz made a name for himself around Austin with his witty, engaging live performances and eventually landed a major-label deal with Capitol. His first solo album to see the light of day, wryly titled A Rumor in My Own Time, appeared in 1976, and featured backing musicians like John Sebastian, Doug Dillard, and members of Jerry Jeff Walker's Lost Gonzo Band. The LP probably best represents Fromholz's aesthetic and also supplied his only major hit -- not for himself, but for Willie Nelson, who recorded the Rumor track "I'd Have to Be Crazy" on The Sound in Your Mind, the follow-up to his star-making The Red Headed Stranger. Featuring Fromholz on backing vocals, "I'd Have to Be Crazy" nearly topped the country charts, marking the only true commercial success of Fromholz's career. Hoping to give Fromholz's own career a similar breakthrough, Capitol sent him to L.A. to record the mellow, slicker-sounding follow-up Frolicking in the Myth in 1977. That same year, Fromholz appeared in the film Outlaw Blues, a depiction of the Austin scene starring Peter Fonda and Susan St. James. None of it helped his record sales and after Capitol dropped him, Fromholz cut Jus' Playin' Along in 1978 on Willie Nelson's own Lone Star label.

Frustrated with the music business, Fromholz formed his own Felicity Records label to give himself a musical outlet free from outside pressures; its inaugural release was Fromholz Live! in 1979. To pay the bills, Fromholz became the featured entertainer on several three-day white-water rafting trips in 1980 and liked it so much that he trained to become a guide. Sporadic releases on Felicity followed into the 1990s: 1982's Frummox II, 1986's Love Songs, and 1991's Everybody's Goin' on the Road (the latter cut with the Almost Brothers). In the meantime, Fromholz was also bitten by the acting bug and became a regular featured player at Austin's local Live Oak Theatre; in 1992, Live Oak also staged Fromholz's original play Bosque County, Texas, based on his classic three-song suite "Texas Trilogy" (which dated all the way back to his Frummox days).

In 1995, Fromholz cut an album for Jerry Jeff Walker's Tried & True label, titled The Old Fart in the Mirror. Three years later, he reunited with Frummox partner McCrimmon at the Kerrville Folk Festival, and Lyle Lovett recorded "Bears" (from A Rumor in My Own Time) and the entirety of "Texas Trilogy" on his double-disc Step Inside This House album. The year 2001 brought two new releases on Felicity: A Guest in Your Heart and Live at Anderson Fair, the latter recorded at the legendary Houston folk club. In addition to acting and white-water rafting, Fromholz often performed around Texas and the Southwest. He died in early 2014, the apparent victim of a hunting accident.