An Emmy Award-winning, Grammy-nominated film, television, and video game composer, Ramin Djawadi is best known for his work on the 2008 Marvel film Iron Man and the popular HBO series Game of Thrones and Westworld. He worked with Marvel Studios again in 2021 on Eternals and provided the score for the following year's big-screen adaptation of the popular video game Uncharted.

Iranian-German composer Ramin Djawadi honed his considerable talents alongside contemporaries like Klaus Badelt, John Debney, Harry Gregson-Williams, and Steve Jablonsky while working for veteran composer Hans Zimmer's Remote Control Productions film score company. He worked as an assistant to Badelt before venturing out on his own with the RZA-assisted score for director David Goyer's Blade: Trinity (2004). Djawadi continued to work with Goyer, providing music for both film (The Unborn) and television (FlashForward), earning an Emmy nomination for the latter. 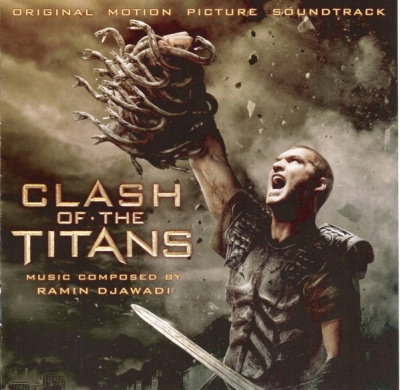 In 2008 Djawadi, a longtime fan of the Marvel characters, provided the guitar-heavy score for director Jon Favreau's big-screen rendering of Iron Man, and in 2011 he provided the memorable (and oft-covered) theme and incidental music for HBO's massively popular fantasy series Game of Thrones. Subsequent film scores have included Clash of the Titans, Red Dawn, Pacific Rim, Warcraft, The Great Wall, and A Wrinkle in Time, while his work in television expanded to vampire horror show The Strain, sci-fi techno thriller Person of Interest, and HBO's sci-fi/Western hybrid Westworld, along with Amazon's series Tom Clancy's Jack Ryan. Djawadi won consecutive Emmy Awards in 2018 and 2019 for his scores for individual Game of Thrones episodes. Also in 2019, he earned a Grammy nomination for his work on the final season of Game of Thrones. He scored Marvel Studios' Eternals in 2021 and the video game-inspired adventure film Uncharted in 2022.