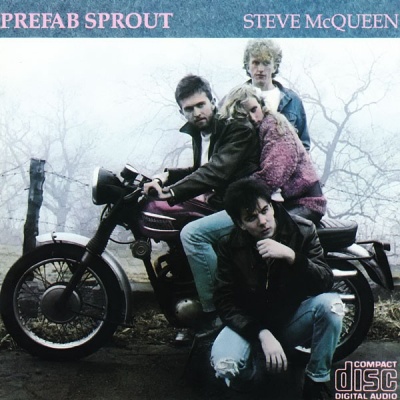 One of the most acclaimed British pop bands of the '80s and '90s, Prefab Sprout was the creative vehicle of vocalist, songwriter, and multi-instrumentalist Paddy McAloon, who has been regularly hailed as one of the greatest songwriters of his era. McAloon has often been compared favorably to Elvis Costello, Paul McCartney, and even Cole Porter, not just because of his lyrical and instrumental gifts but for the ambitious creative vision of his catalog. A notorious perfectionist who is also known for his shyness and his struggles with health problems, McAloon's body of work is relatively small (ten albums in three decades), but Prefab Sprout's music is beloved in the U.K., and they have a smaller but passionately loyal audience in the United States. Moving from the smart, beautifully crafted pop of 1984's Swoon and 1985's Steve McQueen (titled Two Wheels Good in the U.S.), Prefab Sprout would explore the influences of American music on 1988's From Langley Park to Memphis, embrace the sound and style of stage musicals on 1990's Jordan: The Comeback, use the Old West as a metaphor on the 2001 concept album The Gunman and Other Stories, and celebrated the power and energy of music on 2009's Let's Change the World with Music and 2013's Crimson/Red.

Prefab Sprout were formed in Newcastle, England, in 1977 by Paddy McAloon, who sings and plays guitar and piano, and his bass-playing younger brother, Martin. In the group's early days, McAloon spun several fanciful tales about the origin of their odd name (one favorite was that the young McAloon had misheard the line "hotter than a pepper sprout" in Nancy Sinatra & Lee Hazlewood's "Jackson"), but the truth is that an adolescent McAloon had devised the meaningless name in homage to the long-winded and equally silly band names of his late-'60s/early-'70s youth. With an early fan, Wendy Smith, drafted into the lineup to sing helium-register backing vocals, the trio released its first single, "Lions in My Own Garden (Exit Someone)," on its own Candle label in July 1982. Written for a girlfriend who had left Newcastle to study in Limoges, France (check the acronym of the title), the song was exceedingly clever but obviously heartfelt. The single's warm reception, including many plays on John Peel's radio show, led to the Sprout's signing to CBS subsidiary Kitchenware Records, which reissued the single in April 1983. Another single, "The Devil Has All the Best Tunes," followed later that year.

Prefab Sprout's first album, Swoon, was released in March 1984. Shortly after Swoon's release, drummer Neil Conti joined the group, and Thomas Dolby was tapped to produce the second Prefab Sprout album, 1985's Steve McQueen (retitled Two Wheels Good in the U.S. due to litigation from the late actor's estate). Dolby smoothed out the kinks a bit, and his keyboards helped enrich the album's sound. Prefab Sprout returned to the studio without Dolby in the summer of 1985 and quickly recorded an album's worth of material that was initially meant to be released in a limited edition as a tour souvenir. However, several months after Steve McQueen was released, its song "When Love Breaks Down" (which had been released as a single four different times in the U.K. without chart success) finally became a hit, and CBS feared a new album would hurt its predecessor's sales, so the project was shelved. 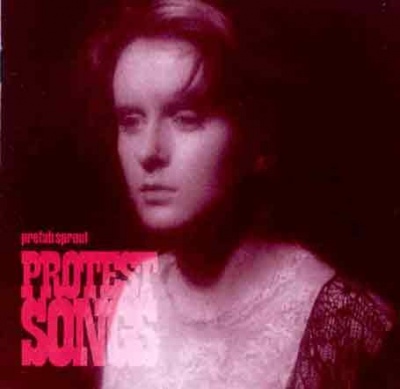 The "proper" follow-up to Steve McQueen was 1988's From Langley Park to Memphis. It became their biggest hit, thanks to the massive U.K. chart success of "The King of Rock and Roll" (about a one-hit wonder stuck performing his silly novelty song on the nostalgia circuit; ironically, it was Prefab Sprout's sole U.K. Top Ten hit and remains their best-known song) and the U.S. college radio success of the genial Bruce Springsteen parody "Cars and Girls." Following that chart action, CBS dusted off the shelved acoustic project from 1985 and released it (in the U.K. only) under the title Protest Songs in June 1989. Issued in 1990, Jordan: The Comeback, which McAloon describes as a concept album about Jesse James and Elvis Presley, was released to enormous critical acclaim in late 1990, but unfortunately, its ornate, lush production and suite-like structure doomed it to commercial failure in the U.S., though it was another big hit in the U.K. A fine but unimaginative best-of, A Life of Surprises, met similar respective fates in the summer of 1992. 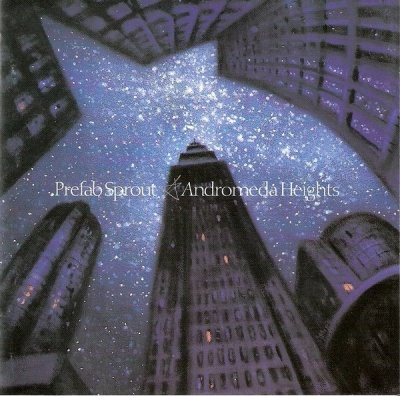 Many thought Prefab Sprout disbanded at that point, and indeed, Conti did leave the band at some point in the '90s. However, McAloon had written (and in some cases, recorded) several albums' worth of material during the first half of the decade, abandoning them all before finally releasing the crystalline Andromeda Heights in 1997. The album wasn't even released in the U.S., but it was another deserved U.K. hit. An album of subtle beauty, Andromeda Heights showed how far McAloon had come as a songwriter and singer since Swoon. 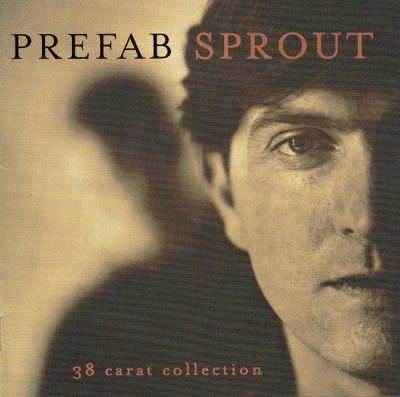 A much-improved two-disc anthology, The 38 Carat Collection, was released by CBS in 1999 as the group was leaving the label. (Unexpectedly, the group's U.S. label, Epic, belatedly reissued this set as The Collection in early 2001.) Wendy Smith left the group during this period, after the birth of her first child. Prefab Sprout, by this point consisting solely of the McAloon brothers, signed to EMI in late 2000 and delivered their Western-themed concept album, The Gunman and Other Stories, in early 2001. Unfortunately, the album's release was delayed several months when Paddy McAloon was diagnosed with a medical disorder rendering him partially blind. As McAloon was homebound due to his health problems between 1999 and 2002, he wrote an album of music inspired by true life stories he recorded from radio broadcasts. Combining the radio recordings with orchestral arrangements of McAloon's melodies, the mostly instrumental I Trawl the Megahertz became his first solo album when it was released in 2003.

After a six-year layoff, McAloon returned to recording as Prefab Sprout and released the self-produced, performed, and recorded Let's Change the World with Music in 2009. This set's songs and concept date to 1992 and were originally to be recorded as the follow-up album to Jordan: The Comeback; for various reasons, those sessions never happened. It was initially issued by Ministry of Sound and later in the year licensed by Sony/BMG in the U.K. In 2010, the independent Tompkins Square imprint issued the album in the United States. Both the album Crimson/Red and its lead single, "The Best Jewel Thief in the World," were issued by the Icebreaker label in 2013. In March 2017, a video posted on the Internet featured a homemade solo acoustic clip of McAloon performing an original song, "America," a protest against U.S. immigration policies under Donald Trump. In 2019, Sony reissued McAloon's I Trawl the Megahertz under the Prefab Sprout banner.

1977 in Newcastle Upon Tyne, England