The Doobie Brothers had two distinct phases during their 1970s peak, evolving from boogie rockers with a penchant for mellow good vibes into a smooth blue-eyed soul outfit. Subsequent reunions and decades as a successful live attraction blurred the divide between the rambling "Black Water" and funky "What a Fool Believes," the band's two number one hits on Billboard. The Doobies racked up numerous other hits in both incarnations, songs that wound up as classic rock perennials. "Listen to the Music," "Long Train Runnin'," and "China Grove" were early-'70s hits all written and sung by Tom Johnston, the guitarist who was slowly replaced as frontman by Michael McDonald, a husky-voiced keyboardist who wrote and sang "Takin' It to the Streets," "It Keeps You Runnin'," and "Minute by Minute," along with "What a Fool Believes." McDonald was drafted into the Doobies to help support the ailing Johnston and he wound up steering the band toward slick, soulful soft rock -- the kind of music that would retroactively be dubbed "yacht rock." McDonald's hits with the Doobie Brothers propelled him into solo stardom and he'd re-enter the band's orbit after the group reunited with Johnston as the frontman in 1989. They would continue to tour with a rotating lineup into the 2020s, with the core trio of Johnston, John McFee, and Patrick Simmons -- the guitarist who wrote and sang "Black Water," the one constant member in the band's history -- recording the occasional album of new material, such as 2021's Liberte.

The roots of the Doobie Brothers lie in Pud, a short-lived California country-rock band in the vein of Moby Grape featuring guitarist/vocalist Tom Johnston and drummer John Hartman. After Pud collapsed in 1969, the pair began jamming with bassist Dave Shogren and guitarist Patrick Simmons. Eventually, the quartet decided to form a group, naming themselves the Doobie Brothers after a slang term for marijuana. Soon, the Doobies earned a strong following throughout Southern California, especially among Hell's Angels, and they were signed to Warner Bros. in 1970. The band's eponymous debut was ignored upon its 1971 release. Afterword, Shogren was replaced by Tiran Porter and the group added a second drummer, Michael Hossack, for 1972's Toulouse Street. Driven by the singles "Listen to the Music" and "Jesus Is Just Alright," Toulouse Street became the group's breakthrough. The Captain and Me (1973) was even more successful, spawning the Top Ten hits "Long Train Runnin'" and "China Grove."

Keith Knudsen replaced Hossack as the group's second drummer for 1974's What Were Once Vices Are Now Habits, which launched their first number one single, "Black Water," and featured heavy contributions from former Steely Dan member Jeff "Skunk" Baxter. Baxter officially joined the Doobie Brothers for 1975's Stampede. Prior to the album's spring release, Johnston was hospitalized with a stomach ailment and was replaced for the supporting tour by keyboardist/vocalist Michael McDonald, who had also worked with Steely Dan. Although it peaked at number four, Stampede wasn't as commercially successful as its three predecessors, and the group decided to let McDonald and Baxter, who were now official Doobies, revamp the band's light country-rock and boogie.

The new sound was showcased on 1976's Takin' It to the Streets, a collection of light funk and jazzy pop that resulted in a platinum album. Later that year, the group released the hits compilation The Best of the Doobies. In 1977, they released Livin' on the Fault Line, which was successful without producing any big hits. Johnston left the band after the album's release to pursue an unsuccessful solo career. Following his departure, the Doobies released their most successful album, Minute by Minute (1978), which spent five weeks at number one on the strength of the number one single "What a Fool Believes." Hartman and Baxter left the group after the album's supporting tour, leaving the Doobie Brothers as McDonald's backing band.

Following a year of auditions, the Doobies hired ex-Clover guitarist John McFee, session drummer Chet McCracken, and former Moby Grape saxophonist Cornelius Bumpus, and released One Step Closer (1980), a platinum album that produced the Top Ten hit "Real Love." During the tour for One Step Closer, McCracken was replaced by Andy Newmark. Early in 1982, the Doobie Brothers announced they were breaking up after a farewell tour, which was documented on the 1983 live album Farewell Tour. After the band's split, McDonald pursued a successful solo career, while Simmons released one unsuccessful solo record. In 1987, the Doobies reunited for a concert at the Hollywood Bowl, which quickly became a brief reunion tour; McDonald declined to participate in the tour.

By 1989, the early-'70s lineup of Johnston, Simmons, Hartman, Porter, and Hossack, augmented by percussionist and former Doobies roadie Bobby LaKind, had signed a contract with Capitol Records. Their reunion album, Cycles, went gold upon its summer release in 1989, spawning the Top Ten hit "The Doctor." Brotherhood followed two years later, but it failed to generate much interest. For the remainder of the '90s, the group toured the U.S., playing the oldies circuit and '70s revival concerts. By 1995, McDonald had joined the group again, and the following year saw the release of Rockin' Down the Highway. But the lineup had once again shifted by the turn of the new millennium. In 2000, the band -- Hossack, Johnston, Knudsen, McFee, and Simmons -- issued Sibling Rivalry, which featured touring members Guy Allison on keyboards, Marc Russo on saxophone, and Skylark on bass. The late-'70s incarnation of the band -- Simmons, Johnston, McFee, and Hossack (with Michael McDonald guesting on one track) -- reunited once again to put out World Gone Crazy in 2010. The band-assisted documentary Let the Music Play: The Story of the Doobie Brothers followed in 2012, the same year Hossack died of cancer. 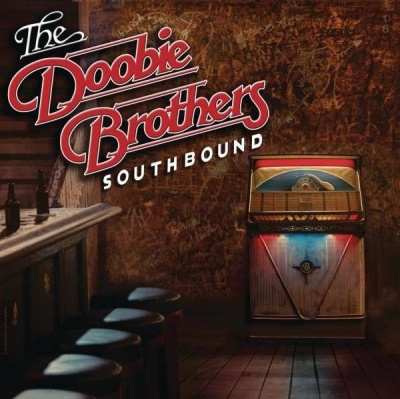 In early 2014, the Doobie Brothers -- this time featuring McDonald, Johnston, Simmons, and McFee -- announced they were returning to the studio to record an album filled with country versions of their greatest hits, featuring such Nashville stars as Toby Keith, Brad Paisley, Zac Brown, Sara Evans, and Chris Young. Called Southbound, the album appeared in November, peaking at 16 on the Billboard charts. The Doobies continued to tour -- notably without McDonald -- in the years following Southbound. In 2015, Little Feat's Bill Payne took over the keyboardist slot previously occupied by Guy Allison, and they continued to tour amphitheaters and sheds throughout the U.S. By the end of the decade, they were specializing in shows spotlighting full performances of their Toulouse Street and The Captain and Me albums, all setting the stage for Michael McDonald rejoining the band in 2020 for a 50th Anniversary tour. Prior to these shows, the band was inducted into the Rock & Roll Hall of Fame.