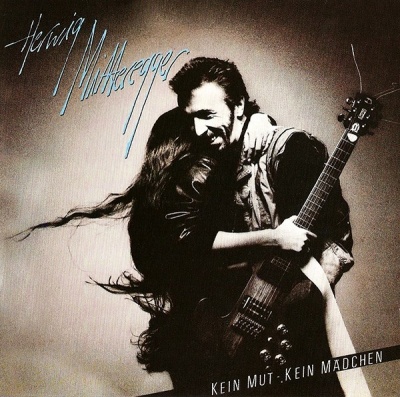 A singer, songwriter, drummer, and veteran of Germany's new wave scene, Austrian native Herwig Mitteregger began his musical career in Berlin, playing in Nina Hagen's backing band. Two albums with Hagen and the band broke away in 1980, citing the singer's "bossiness" and becoming the good-timing Spliff. He took a break from Spliff in 1983 to release his solo debut, Kein Mut -- Kein Mädchen, an album he wrote, produced, and performed entirely on his own. Soundtrack work for Uwe Friesner's feature film Baby and more work with Spliff followed, but when their record company refused to release a 1986 full-length from the band, they split for good. As Mitteregger's solo work continued he became increasingly disillusioned with the music industry and their promotion of his work. In the mid-'90s he quietly moved to Spain and has only recorded for others and sporadically. One of his most high-profile post-retirement appearances came in 2005 when he joined multi-instrumentalist Knutson for the single "Marie-Johanna," a dancefloor interpolation of the old Spliff hit "Carbonara."