David Gilmour gained international fame for his incisive, atmospheric guitar work and vocals with Pink Floyd, and eventually became the leader of the group during their late period, as he pursued a successful solo career and worked with some of the most respected names in British rock. Gilmour was born in Cambridge, England on March 6, 1946; his parents were both involved in education -- his father was a lecturer in Zoology at Cambridge University and his mother was a teacher -- and as a schoolboy, Gilmour struck up a friendship with a boy who attended the same grade school, Roger Barrett, who later gained the nickname Syd. Gilmour became re-acquainted with Barrett while they were studying at the Cambridgeshire College of Arts and Technology; both were interested in music and began learning to play guitar in their spare time, as did Barrett's friend Roger Waters. In 1963, Gilmour joined a rock group, Jokers Wild, which specialized in R&B covers; in 1965, he and Barrett took the summer off and spent several months busking and traveling through France, though the adventure didn't pay off financially. After returning to England, Gilmour played with a group called Flowers for a while, as well as a revamped version of Jokers Wild called Bullitt; meanwhile, Barrett and Waters teamed up with Rick Wright and Nick Mason to form a group called the Tea Set, which was later renamed Pink Floyd. In 1967, Pink Floyd was the toast of London's burgeoning psychedelic scene on the strength of the singles "Arnold Layne" and "See Emily Play," and the album Piper at the Gates of Dawn. However, Barrett had become increasingly unstable, sometimes becoming catatonic on-stage or playing different songs than his bandmates, and as his ability to perform was compromised, Gilmour was invited to join the group to help with guitar and vocals when Barrett was having trouble. However, after a few shows it became evident that Gilmour's presence wasn't enough to rescue Barrett, and the group's leader was let go as Gilmour became the band's new lead guitarist by default, and he would produce and play on Barrett's two solo albums before Barrett retired from music.

Gilmour made his recording debut with Pink Floyd on 1968's A Saucerful of Secrets, and over the next several years, the group's sound evolved from pop-friendly psychedelic to ambitious progressive and experimental rock. Gilmour's guitar became a key part of Pink Floyd's aural signature, and he played a larger role in the group's songwriting; their evolving approach culminated with 1973's The Dark Side of the Moon, which became a massive international hit and firmly established them as one of the biggest British acts of the day. Pink Floyd's success continued with 1975's Wish You Were Here, but as Waters began to dominate the group's songwriting and conceptualizing, Gilmour began looking for other opportunities to express himself. He'd already made guest appearances on albums by Roy Harper and Hawkwind, and during the recording of 1977's Animals, Gilmour began work on his first solo album, released in 1978 simply as David Gilmour. In 1978, he also co-produced Kate Bush's debut album, The Kick Inside, and he contributed guitar work to Wings' 1979 release Back to the Egg. 1979's The Wall became another massive success for Pink Floyd, and Gilmour co-wrote the stand-out track "Comfortably Numb," but tensions within the group grew during the recording of the album -- Rick Wright was fired during the sessions -- and after the long sessions which produced 1983's The Final Cut, Pink Floyd briefly fell apart. 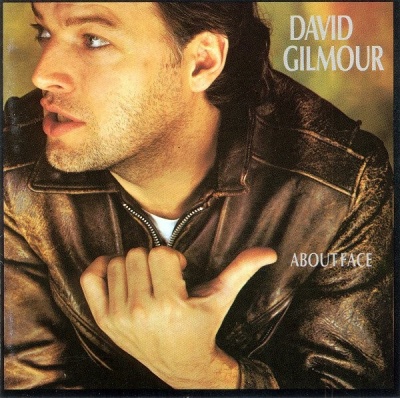 Following the band's splintering, Gilmour released his second solo album, 1984's About Face, and he lent his talents as a guitarist to a number of projects, including albums by Paul McCartney, Bryan Ferry, Pete Townshend, and Supertramp, and produced the debut album for the Dream Academy. Waters made his solo debut with 1984's The Pros and Cons of Hitch Hiking, and he filed a lawsuit to dissolve Pink Floyd's legal partnership. However, the court found in favor of Gilmour and Mason, and in 1987, Gilmour became Pink Floyd's new leader and principal songwriter as he relaunched the band with the album A Momentary Lapse of Reason. Pink Floyd supported the album with a successful extended tour -- their first since a small handful of elaborate shows following The Wall -- and a live album from the shows, Delicate Sound of Thunder, was released in 1988. After coming off the road, Gilmour stayed busy with session work, making guest appearances with acts as diverse as Warren Zevon and Elton John, while writing material for the next Pink Floyd effort. While a few new pieces appeared on 1992's La Carrera Panamerica, a video documenting Gilmour and Mason's participation in an auto race in Mexico, Pink Floyd's next full album, The Division Bell, didn't appear until 1994. Once again, a major international tour followed, and on many dates they performed The Dark Side of the Moon in its entirety, along with other material from their catalog; one such concert was documented on the 1995 live album Pulse. An archival album drawn from Pink Floyd's performances of The Wall in 1980 and 1981 appeared in 2000, but no new material appeared. Gilmour reunited with Waters, Mason, and Wright for a one-off Pink Floyd performance at the 2005 Live 8 concert in London (a benefit to promote solutions to global poverty), but the band turned down lucrative offers for a new tour, and in 2006, Gilmour told reporters that Pink Floyd was not likely to record or perform again, saying "I have had a wonderful time, but it's over. For me, it's much less complicated to work alone." Gilmour performed a critically lauded series of acoustic shows in London in 2002, and in 2006 he released a new solo album, On an Island. The album was followed with a major concert tour; Gilmour's London concert was videotaped for a 2007 DVD release, Remember That Night: Live at the Royal Albert Hall, while a show at the Gdansk shipyards with a full orchestra appeared on the 2008 album Live in Gdansk. In 2010, Gilmour teamed up with acclaimed ambient electronic act the Orb for a collaborative album, Metallic Spheres. 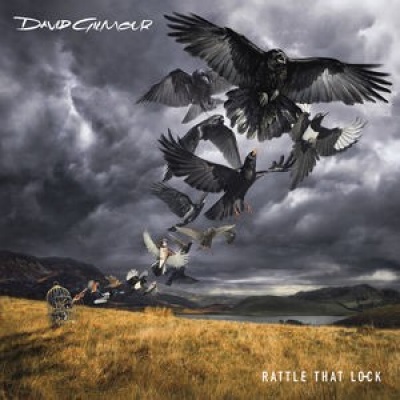 Gilmour decided to close the books on Pink Floyd in 2014, working with Nick Mason and producers Phil Manzanera, Youth, and Andy Jackson to complete tapes recorded in 1994. This project turned into The Endless River, an album released in November 2014. Next, Gilmour recorded his fourth solo album, reteaming with Manzanera for Rattle That Lock, released in September 2015 and peaked in the top spot in the Top 200.

When not busy with music, he devotes much of his time to charitable causes, and when he put his London home on the market in 2003, he donated the 3.6 million pounds realized from the sale to Crisis, a group benefiting the homeless. 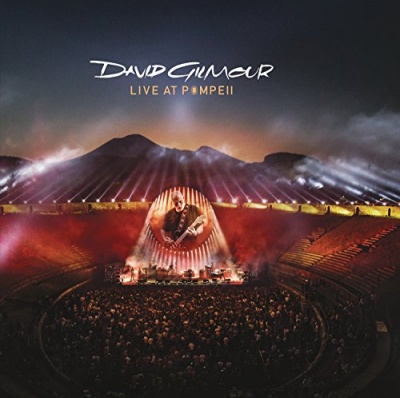 45 years after Pink Floyd filmed Live at Pompeii in the historic Roman Amphitheatre, Gilmour returned for two shows in July 2016, which were part of the year-long tour in support of Rattle That Lock. The performances were the first-ever rock concerts for an audience in the stone Roman amphitheater. The show was an audio-visual spectacle, featuring lasers, pyrotechnics, and a huge circular screen on which specially created films complemented selected songs. The music included selections from throughout Gilmour's career -- solo and with Pink Floyd, including "One of These Days," the only tune that was also performed at the 1971 Pink Floyd show. The program also included six songs from Rattle That Lock, and two from 2006's On an Island. Both concerts also saw performances of "The Great Gig in the Sky" from The Dark Side of the Moon. These shows were filmed in 4k by director Gavin Elder with art direction from Gilmour's wife, award-winning novelist Polly Samson. They were released in the fall of 2017 in various audio and video packages.