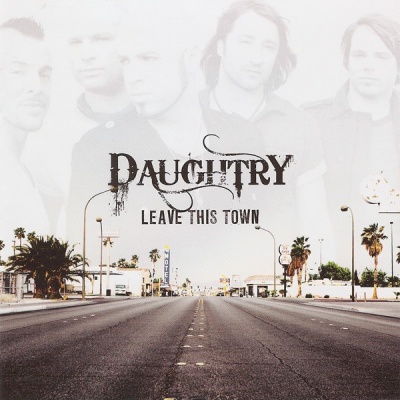 Building on his start as one of the most popular finalists of American Idol's fifth season, Chris Daughtry proved that the program could generate a successful rock act outside the show's context. Bold and bald, Daughtry was the very picture of a modern rocker living by the rule book written by Live and Fuel. He founded the band Daughtry in 2006 and released the group's eponymous debut, which soared to number one and was eventually certified six times platinum. Daughtry remained a commercial juggernaut as the years progressed, with subsequent efforts like Leave This Town and Break the Spell also going gold and platinum. The band incorporated pop, dance, and folk elements into their sound on 2013's Baptized but returned to a more modern rock and post-grunge-focused style for 2021's Dearly Beloved.

Like many American Idol finalists, Daughtry had a long run as an amateur musician. The North Carolina native -- born in Roanoke Rapids, he lived in Charlottesville, Virginia before establishing himself in the Greensboro area -- began singing in local rock bands when he was 16 years old. He continued to play local shows after his high school graduation in 1998, marrying his girlfriend Deanna several months after the January 2000 birth of their son Griffin (he also adopted Deanna's daughter from a previous marriage). Family man he may have been, but Daughtry didn't let his rock & roll dream die, as he continued to play guitar and sing in a band called Absent Element. He also auditioned for Rock Star: INXS in 2005 but was rejected, which turned out to be rather fortunate, as it freed him to audition for the far more popular televised singing competition American Idol.

Daughtry was featured heavily during the show's seemingly never-ending audition rounds for two reasons: he was telegenic, and he capitalized on the rocker promise of Bo Bice and Constantine Maroulis from the previous season. Moreover, he was bald and handsome, had a terrific smile, and his devotion to family made for great TV. Daughtry sailed through to Hollywood and made it into the final 12, where he was hailed as a standout and soon seemed to be a favorite to win. Daughtry mania began to peak in March when his rendition of Fuel's "Hemorrhage (In My Hands)" caused such a sensation that rumors began to fly that Fuel wanted to hire him as their lead singer, something that proved to be no rumor, as the modern rock group, savoring the new press, practically pleaded for his presence after he was voted off the show. But this was still two long months away; two months in which he continued to be one of the top draws in the season, even courting some controversy when he sang Live's arrangement for Johnny Cash's "I Walk the Line." This moody reinterpretation was misinterpreted as a Daughtry original, and on the results show, he had to clarify where he had learned this version. Still, this controversy paled in comparison to his exit from the show in May: Daughtry was one of the final four and Katharine McPhee just narrowly beat him, a result that visibly shocked the rocker. 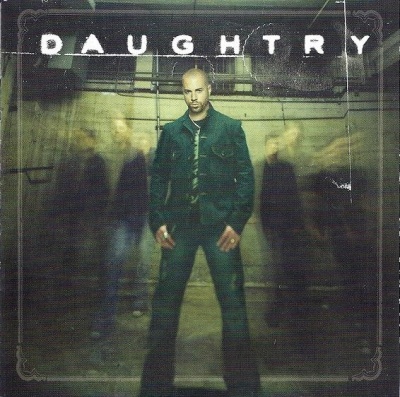 After he was kicked off Idol, he turned down Fuel's standing offer of replacing their lead singer and set off on his own career, signing with Idol''s 19 Entertainment group and RCA Records in July 2006. By the time his album materialized in November, it had turned into a project by a band called DAUGHTRY (spelled in capital letters), whose lineup featured guitarist Jeremy Brady, guitarist Josh Steely, bassist Josh Paul, and drummer Joey Barnes. They did not play as a band on the finished album, though, as Brady was replaced after the album's release by Brian Craddock, a matter of semantics overlooked by most, especially in light of the album's blockbuster success. Like many hotly anticipated albums of the SoundScan era, it debuted high on the charts, but surprisingly remained in the Top Ten for months. Leadoff single "It's Not Over" proved to be equally popular. This meant that DAUGHTRY was not only a huge hit by Idol standards, it was one of the few hit rock albums -- period -- in 2006. 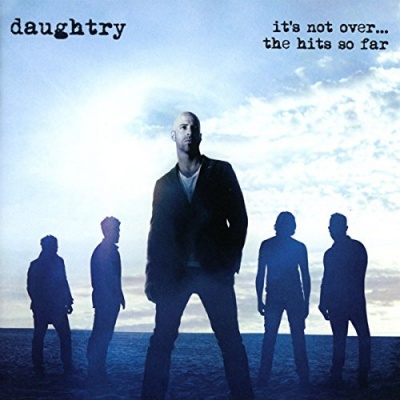 By February, it was evident that Chris Daughtry's popularity eclipsed his American Idol rivals Taylor Hicks and Katharine McPhee, as DAUGHTRY was certified the fastest-selling debut album in SoundScan history. Five hits charted in the Top 40 before the singer set to work on a sophomore album. Released in 2009, Daughtry's Leave This Town was a solid follow-up to his hit debut album and featured more of his signature back-to-basics modern rock sounds. In 2011, Daughtry returned with the album Break the Spell. Once again produced by Howard Benson, who helmed Daughtry's 2007 self-titled debut and 2009's Leave This Town, Break the Spell featured the leadoff single "Renegade." That first single made little impact on radio, but the subsequent "Crawling Back to You" reached number six on the U.S. Adult Pop chart, a chart that also welcomed "Outta My Head" and "Start of Something Good" later in 2012; overall, Break the Spell became the band's first album not to go platinum. Baptized, Daughtry's next album, reflected this subtle shift toward adult pop, as the group worked with Martin Johnson of Boys Like Girls (among other outside writers and producers) in an attempt to develop a lighter, brighter sound. Preceded by the single "Waiting for Superman," Baptized appeared in November 2013. The album entered the Billboard charts at six but none of the singles caught on; "Waiting for Superman" peaked at 66 on the Hot 100 and "Battleships" went to 20 on the U.S. Adult Pop chart. DAUGHTRY closed out their first decade in February of 2016 with the compilation It's Not Over: The Hits So Far. The collection was led by the single "Torches." The band returned in 2018 with their fifth effort, Cage to Rattle, which was produced by Jacquire King (James Bay, Shania Twain). In 2019 Chris Daughtry appeared on the popular television singing competition program The Masked Singer. Disguised as "The Rotweiller," he performed a version of Sia's "Alive," which he eventually released as a single. Early 2021 saw the release of the single "Heavy Is the Crown" ahead of the arrival of the band's hard-hitting sixth studio album Dearly Beloved, which appeared later that September.