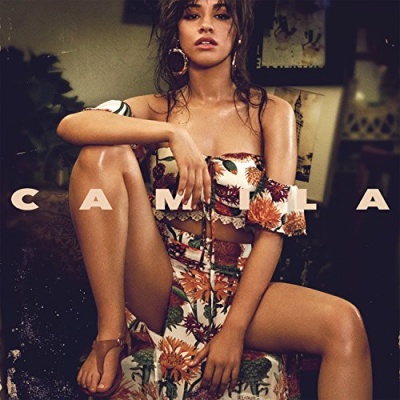 Before topping the charts with her 2018 debut solo album Camila, vocalist Camila Cabello found fame as a member of the girl group Fifth Harmony. With her resonant voice, buoyant charisma, and Latin roots, Cabello was a standout member of the band, which formed while competing on the second season of Fox's The X Factor in 2012. After the show ended, the singer and her bandmates enjoyed several years of break-out success, scoring two Top Five Billboard 200 albums with 2015's Reflection and 2016's 7/27, and spawning the hits "BO$$," "Worth It," and "Work from Home." While still with the group, she began branching out, collaborating on "I Know What You Did Last Summer" with Shawn Mendes and "Bad Things" with Machine Gun Kelly (the latter of which hit number four on the Billboard Hot 100). However, it was after her heavily publicized departure from Fifth Harmony in 2017 that Cabello achieved her biggest success, debuting on top of the Billboard 200 with Camila and nabbing her first solo number one single with "Havana." The album also picked up several Grammy nominations, paving the way for her 2019 sophomore LP, Romance, which reached number three on the Billboard 200. Following her star turn in the 2021 musical film Cinderella, Cabello released her third long-player, Familia, in 2022.

Born Karla Camila Cabello Estrabao in Cojimar, Cuba, Cabello moved to Miami at the age of six. Growing up in a Spanish-speaking environment (her mother is Cuban and her father is Mexican), she fostered her love of music by listening to Celia Cruz and Alejandro Fernández. At the age of 15, Cabello auditioned for The X Factor in Greensboro, North Carolina. Even though she was eliminated (along with her four future groupmates), the judges brought her back. Simon Cowell combined the girls into a quintet and formed Fifth Harmony. 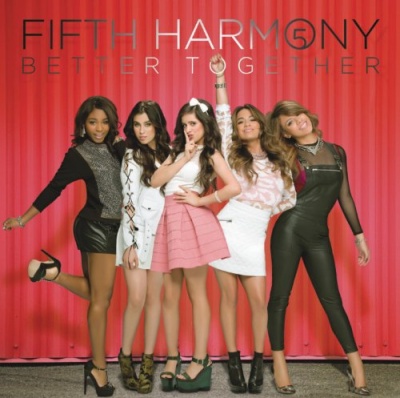 Despite finishing in third place, they went on to be the most successful contestants from that season. The group's debut EP, Better Together, was released in October 2013, with acoustic reworkings, Spanish versions (Juntos and Juntos Acoustic), and a remix album following a month later. Their debut single, "Miss Movin' On," was the highest-charting U.S. X Factor single at the time, a feat beaten only by each successive Fifth Harmony single.

The group's debut LP, Reflection, was released in early 2015, featuring the hits "Sledgehammer" (written by Meghan Trainor) and "Worth It," featuring rapper Kid Ink. While backstage on Taylor Swift's 1989 world tour, Cabello wrote a duet with Canadian singer/songwriter Shawn Mendes. "I Know What You Did Last Summer" was released in November 2015 and immediately hit the Billboard Top 20. Fifth Harmony's sophomore set, 7/27, was issued in 2016, supported by a world tour and the hit single "Work from Home."

Outside of Fifth Harmony, Cabello joined rapper Machine Gun Kelly for the October 2016 single "Bad Things." Well-received, the track made a slow climb toward the top of the Billboard singles chart, and ultimately garnered the singer her first Top Ten song as a solo artist. That December, Cabello announced her departure from Fifth Harmony. Following her exit, she collaborated with Cashmere Cat on "Love Incredible" and with Pitbull and J Balvin on "Hey Ma" from the Fate of the Furious soundtrack.

In May 2017, Cabello released her debut (non-album) solo single, the Sia Furler co-written "Crying in the Club," which peaked in the Top 40 of the U.S. Billboard Hot 100. She also joined Bruno Mars as the opening act on his 24K Magic World Tour. In early 2018, she returned with her debut full-length solo album, Camila, featuring production by Frank Dukes, Jarami, and others. Buoyed by the singles "Havana" featuring Young Thug and "Never Be the Same," the set debuted at number one on the Billboard 200. A second version of "Never Be the Same," featuring country singer Kane Brown, arrived in 2018. By year's end she had also picked up several Grammy nominations, including Best Pop Solo Performance for a live version of "Havana" and Best Pop Vocal Album.

Following a tour, Cabello returned to the studio and issued the single "Señorita" with singer Shawn Mendes in June 2019. The single hit number two on the Billboard Hot 100 and paved the way for the duo's headline-grabbing performance of the song that November at the American Music Awards, where they took home the award for Favorite Collaboration. The song also earned them a Grammy nomination for Best Pop Duo/Group Performance. In December 2019, Cabello released her sophomore full-length album, Romance, which featured songwriting and production contributions by Andrew Watt, Finneas O'Connell, Justin Tranter, and others. Along with "Señorita," Romance also included the tracks "Liar," "Shameless," and "Living Proof." The set reached number three on the Billboard 200.

Cabello made her acting debut as the title character in the 2021 film musical Cinderella. Later that year, she returned with "Don't You Go," the first song released off her third studio LP, Familia, which appeared in 2022. Also featured on the album were guest appearances by Maria Becerra, Ed Sheeran, and Willow Smith.