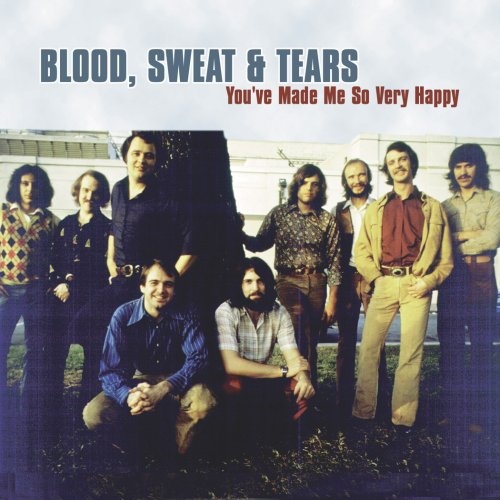 This budget compilation, initially released by Sony Special Products and later licensed by Collectables Records for its low-priced Priceless Collection series, is not your typical hits set. Among its ten tracks, it does contain Blood, Sweat & Tears' three Top Five hits, "And When I Die," which actually topped some charts, "Spinning Wheel," and "You've Made Me So Very Happy" (all of them presented in their longer album edits, not their more familiar single versions). But it does not include any of the band's other, less successful chart singles. Instead, the remaining seven tracks are drawn from BS&T's albums, with an eye toward including material from the group's critically acclaimed but less commercially successful debut album, Child Is Father to the Man, on which Al Kooper, not David Clayton-Thomas, was the lead singer. In selecting the non-hit material, the compilers have been influenced heavily by the renown of the songwriters and some of the songs involved: "Smiling Phases" was written by members of Traffic, including Steve Winwood, "God Bless the Child" was co-written by Billie Holiday and was a signature song for her, Randy Newman wrote "Just One Smile," "Without Her" is a Nilsson composition, and "Fire and Rain," of course, comes from James Taylor. The track list is completed by a Kooper co-composition, "I Can't Quit Her," and a song co-written by Clayton-Thomas, "You're the One." These may not be Blood, Sweat & Tears' best or most popular recordings, but much of the material will be familiar to listeners. [The Collectables release adds brief, error-filled liner notes by Al Fichera.]