Young Man with a Horn Review

The 1950 film Young Man with a Horn proved to be a pivotal point in Doris Day's career, as it represented her first major screen dramatic role. The soundtrack gave her an opportunity to return to big-band music, this time with Harry James leading the band. Naturally, the tunes in the film leaned toward the familiar, but those standards -- "The Man I Love," "Get Happy," "I Only Have Eyes for You," "Too Marvelous for Words," among others -- provided an excellent showcase for Day's appealing voice, along with James' forceful solos. Technically, the recordings on Young Man with a Horn weren't the film originals -- they were studio recordings Day and James' band made after the movie was shot -- but these are terrific versions of these songs. 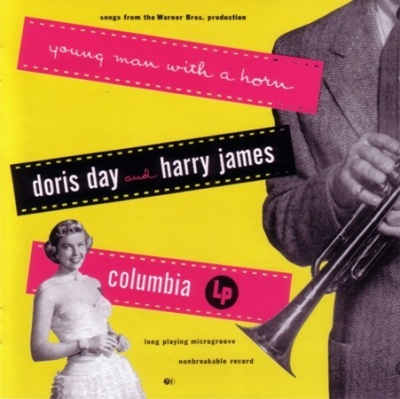