Yo Si Me Enamore Review

Latin super producer struck gold when he came across vocalist Huey Dunbar. Perhaps it would be fairer to say that they struck gold in finding each other, because Dunbar could not possibly have done better than teaming up with Sergio George. Together with some other New York talent, the two formed the genre-crossing tropical group DLG, and in a matter of a few short years, cranked out three fantastic albums that went a long way towards turning Dunbar into salsa's up and coming bad boy. For Dunbar, going solo was a natural next step. From DLG's debut release in 1996 to Dunbar's first solo effort was a short five years. Yo Si Me Enamore went straight to Billboard's number one on the tropical/salsa chart, heights which he had never quite reached with DLG. With the same variety that fans came to expect from his previous work, Dunbar covers a lot of stylistic ground, including bolero, salsa, Latin pop, hip-hop and more. Unlike other New York salsa vocalists like Michael Stuart or Marc Anthony, Dunbar has his roots deep in R&B and hip-hop, and came to salsa from that discipline. His dance/club preference comes through loud and clear. Though there's plenty of sabor latino, Yo Si Me Enamore is a little heavier on hot boy hip-hop. 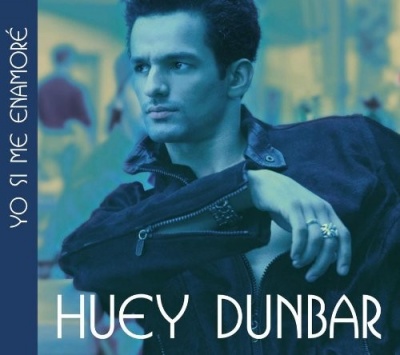 Yo Si Me Enamore Album Information