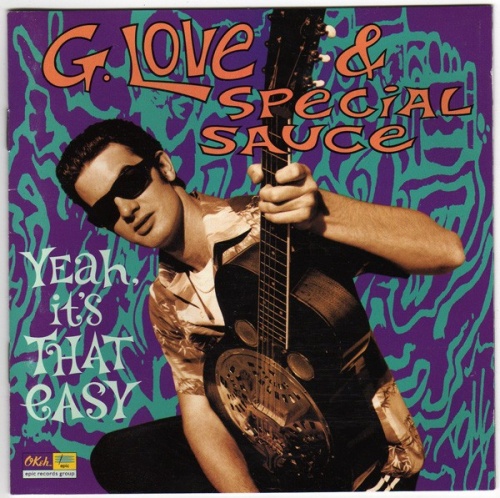 On G. Love's third release, he's joined by his trusty band, Special Sauce, as well as combinations of three others: the All Fellas Band, Philly Cartel, and King's Court. The reason for the joint effort was that prior to the writing/recording of Yeah, It's That Easy, the group split up. G. Love soldiered on with the three other bands, but there was a reconciliation with Special Sauce during the album's recording. Hence, others (including the legendary Dr. John on piano and organ) join in with Special Sauce. The group sheds its raw rock & roll vibe, gloriously present on 1995's Coast to Coast Motel, and replaces it with the soothing sounds of early-'70s Philly soul. The album's approach resembles their 1994 self-titled debut more than their last release, which seems like a step back for the group. Still, the band presents plenty of compositions worthy of the G. Love & Special Sauce name, and there is more consistency and maturity with the lyrics, which deal with such heavy topics as drug abuse and senseless violence, among other things. One of the best songs, "You Shall See," sports a tribal feel, with the drums and guitar playing together percussively. And "Stepping Stones," "Lay Down the Law," and "Take You There" do a good job of introducing the listener to the band's new soul-oriented approach. The words to "I-76" are about G. Love's hometown of Philadelphia, and the title track preaches harmony between the races. A solid album, but not quite as satisfying as their last. Now, if the band could just mix the groove-laden music of their second album with the thoughtful lyrics of this record.