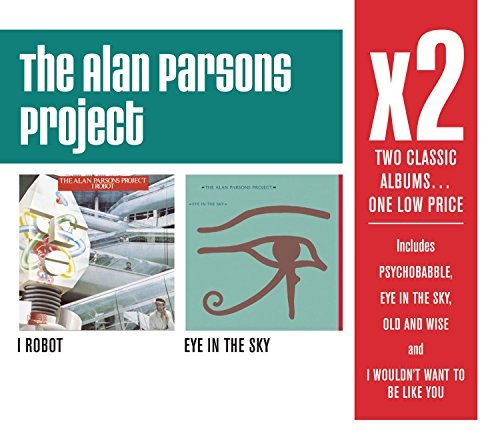 This Legacy release combines the 2007 expanded reissue versions of I Robot (originally released in 1977) and Eye in the Sky (1982) -- commercially and creatively, two of the Alan Parsons Project's most successful albums. Each disc comes in its own jewel case, just like the reissues, and they’re sheathed in a thin cardboard box.