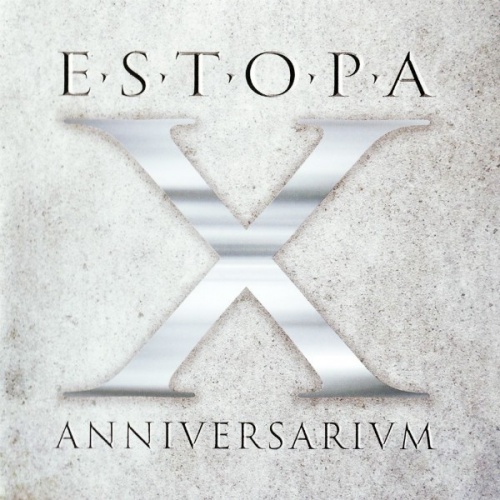 Estopa commemorated their tenth anniversary with X Anniversarivm, a two-CD/two-DVD package that features something of everything for fans of the Barcelona duo. The first of the CDs includes 13 re-recordings of Estopa favorites performed in collaboration with some of the top popular music artists in Spain, including Rosario Flores, El Canto del Loco, Macaco, Ana Belén, Joan Manuel Serrat, Ojos de Brujo, Joaquin Sabina, and Los Chichos. Though these collaborations are a mixed bag, there are lots of highlights -- among them "Run Run" with Flores, "No Quierto Verla Más" with Macaco, "Ya No Me Acuerdo" with Belén, and "El del Medio de los Chichos" with Los Chichos -- and the superstar guests are prominently featured as vocalists. The second of the CDs includes 11 remixes by accomplished producers such as Carlos Jean (Miguel Bosé, Bebe) and Nigel Walker (La Oreja de Van Gogh, El Canto del Loco). Among the songs remixed are "Cuando Amanece" from the most recent Estopa album, Allenrok (2008), and "La Raja de Tu Falda," the breakout hit from their 1999 eponymous album debut. As for the DVDs packaged with physical editions of X Anniversarivm, the first includes 24 videos from the past ten years, while the second includes a documentary and live material, including early footage of the Muñoz brothers performing at the Palacio de los Deportes in Madrid, Spain, on December 2, 2000. Though it doesn't include anything particularly essential for fans and doesn't take the place of a proper greatest-hits album, X Anniversarivm offers plenty of entertainment for fans. The collaborations are especially enjoyable, showcasing an impressive list of Spanish popular music talent, and the concert footage compiled on the second DVD should delight those fans who are curious about the band's live performances.