Lamb of God's follow-up to 2006's exceptionally brutal Sacrament returns the Virginia-based heavy metal outfit to the political soapbox that framed 2004's Ashes of the Wake. While Sacrament positioned itself firmly in the metalcore section of fan playlists, 2009's Wrath wraps itself in a relentless firestorm of Bay Area thrash. Despite a promising, heavily melodic instrumental intro ("The Passing") that fuses Black Album-era Metallica with the sonic artistry of Agalloch, Wrath ultimately descends into a black abyss of atonal riffing, machine-gun drumming, and forgettable lyrics peppered with clichéd metal outrage that stirs up a mighty storm, but no carnage. Wrath's production is as aggressive as ever (thanks to longtime LOG colleague Josh Wilbur), but so is nearly every major label alt/death/black/grindcore release in the 21st century -- all it takes is a few good choruses to separate a band from the herd, something that Lamb of God have done in the past, but not so this time around. The band does occasionally step outside of its comfort zone ("Grace" lives up to its name with some truly inspired early and midsong guitar work, while "Reclamation" mines epic, Sabotage-era Black Sabbath), and there's no denying the sheer "angry basement workout/summer garage weightlifting" potential that Wrath's perfectly acceptable 45-minute running time offers, but without a single hook that sticks around long enough to reel in the fish, all you've got is bait. 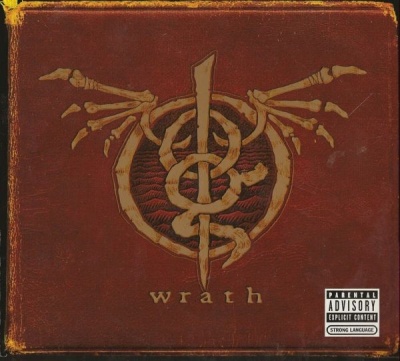