When their lengthy tour supporting Something to Tell You ended, the women of HAIM found themselves in inescapable crises. Alana's best friend died; Este struggled with her health- and career-threatening Type 1 diabetes; and Danielle had the double whammy of post-tour depression and her partner Ariel Rechtshaid's cancer diagnosis. They confronted these issues head-on in their life and in their music, and the directness -- and genuine emotion -- of Women in Music Pt. III adds welcome depth to their catchy, genre-mashing songs. On "The Steps," a portrait of partners who go from crashing into each other to taking it all in stride, the roaring guitar lick and honeyed harmonies can't hide the poignancy when Danielle sings "I can't understand/Why you don't understand me." "Don't Wanna," a slick blend of warm '70s atmosphere and peppy brass hits straight out of late-'80s pop, is just as vulnerable as "FUBT," which strips its fears and devotion down to just Danielle's voice and guitar. HAIM document every step of their journey on Women in Music Pt. III with an unflinching honesty that reaps rich rewards. They sound intimately familiar with depression in all its states, whether they're turning away from the wearying, pointless challenge to prove themselves to men in media and the music industry on "Man from the Magazine," sinking into isolation on the oddly comforting standout "I Know Alone," or emerging from the darkness on "Now I'm in It," a slow-building anthem that could be the album's statement of purpose. Women in Music Pt. III's creative process echoes its feeling of growing agency. For the first time, Danielle took on production duties alongside Rechtshaid and Rostam Batmanglij, and impressionistic touches like the seagulls and alarm clocks that embellish "Up from a Dream" or the way the guitar and saxophones drift through "Los Angeles" echo Batmanglij's dreamy musical memoir Half-Light. HAIM let each song and each mood be exactly what it needs to be, making for a collection of moments that are more interesting and real than if they'd attempted a more uniform sound across the album. The band's love for the '90s is as strong as ever on the Roxette-like "Another Try" and "3 AM"'s flirty homage to the era's R&B. Their singer/songwriter and folk-pop roots get their due on "Hallelujah" and the gorgeous "Leaning on You," a pair of songs that unite the sisters' voices and struggles in perfect harmony. The lightness HAIM use to combat the heavy things going on in their lives reaches its peak at the album's end: Written in the wake of Rechtshaid's diagnosis, "Summer Girl," taps into memories of the good times to get through the bad ones and borrows the effortlessness of Lou Reed's "Walk on the Wild Side," but trades that song's aloofness for unconditional love. Sprawling and intimate, breezy and affecting, Women in Music Pt. III is a low-key triumph. 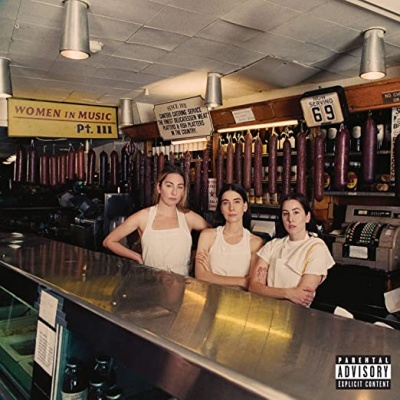