Though it was released in the same year as Cuacha!, the Sidewinders' debut album, Witchdoctor, is a major advance. The band sounds more focused and powerful from the first note, which still has the Hüsker Dü guitar roar but a more pronounced western character. True, the title cut has a guitar lead straight from Bob Mould territory, but there are plenty of other great songs that use an interplay between country-ish acoustic guitar and storming rock riffs. One of the best moments of the album is an apocalyptic cover of Neil Diamond's "Solitary Man" that makes the most of that tension. Another highlight is the second recorded version of "What She Said," which had ballooned to over nine minutes on this release. It's still a great song, even with the lengthy solos and closing instrumental freak-out, the whole of which would sometimes top 20 minutes in live shows. As on their previous album, the sole song with a lead vocal by drummer Andrea Curtis is something of an anomaly, but in this case because it is a credible alt-country song on an indie hard rock album. Curtis left the Sidewinders after this album, and, in retrospect, it seems a good move for both because she was going in a different musical direction. The Sidewinders' mix of indie pop with a country tinge was well ahead of its time, and Witchdoctor sounds as fresh today as the day it was recorded. 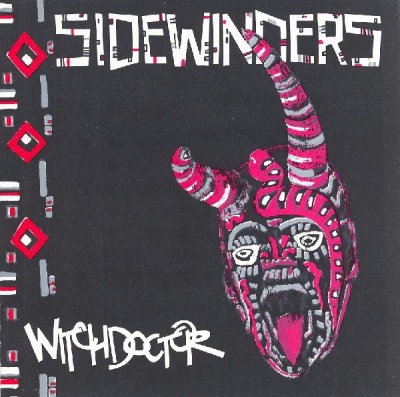