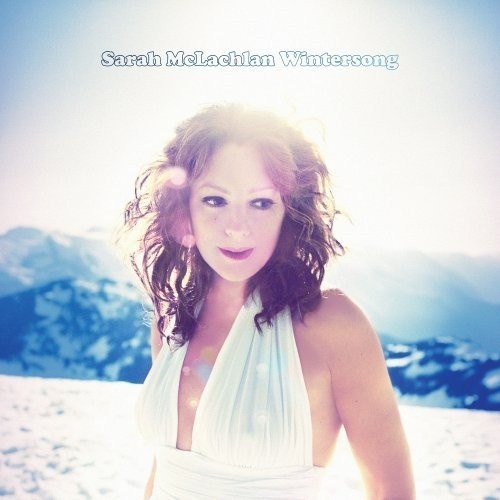 Because no artist's career is truly complete without a holiday album, Sarah McLachlan took yet another step toward establishing her place in sentimental adult contemporary radio history with Wintersong. For the most part, the singer chooses the darker, more melancholic, and "wintry" pieces to cover (there's no "Joy to the World" or "Angels We Have Heard on High," for example), focusing as much on the Christmas season and the general feel of the holiday as on its religious connotations. She brings together the folk spiritual "Mary Mary" -- also called "Virgin Mary" when covered by Joan Baez on her 1966 Noël or "Mary What You Gonna Call That Pretty Little Baby" when a black gospel song -- and the traditional "The First Noel," showing off not only her own impressive range but her ability to adapt to different vocal styles while still remaining wholly herself. Her version of Gordon Lightfoot's "Song for a Winter's Night," which was originally released on the 1994 Miracle on 34th Street soundtrack (and then on McLachlan's Rarities, B-Sides & Other Stuff), is pretty and sweet, using as acoustic guitar as well as layers and layers of vocal harmonies to create a sense of space and warmth, and her cover of Joni Mitchell's "River" is lovely, too, using a guitar and arpeggiated synths to push the song sadly along. The synths, in fact, are used frequently on Wintersong, sometimes in their string form on "O Little Town of Bethlehem" or "Have Yourself a Merry Little Christmas," which works nicely, but more often as slightly new agey background effects that get a little tedious, especially considering the fact McLachlan has always been able to carry herself on more organic instrumentation, and sound good doing it, too. She does manage to just stick to only the sad, reflective piano chords on which she has earned her living -- nice in their simplicity -- on the title track, the one original song on the album, which sounds a lot, both thematically and musically, like "River," using Christmas as a way to contemplate a lover ("And this is how I see you/In the snow on Christmas morning..../Oh I miss you now, my love, merry Christmas," she sings). McLachlan's voice sounds great, and her interpretations stick pretty close to the originals while still expressing her own artistic individuality (with the exception of "What Child Is This [Greensleeves]," in which she goes too far, taking liberties with the melody and changing the song too much); but in making everything so soft and ethereal, instead of increasing their poignancy (which is certainly a goal of hers), she kills some of the songs' immediacy and power, unfortunately rendering Wintersong a little lifeless, albeit soothing, at the end.