Wine Colored Roses is cut from the same cloth as Who's Gonna Fill Their Shoes, but it has a distinctly different feel. Billy Sherrill has peeled back some of the slicker, poppier elements of his '80s productions -- these still surface toward the end of the LP, with "If Only Your Eyes Could Lie" easing along like a country crossover Alabama could have sung, and synths sprucing up "These Old Eyes Have Seen It All" -- leaving the album feeling a bit purer than its predecessor. It is by no means sprightly, with only the novelty "The Very Best of Me" boasting a tempo approaching a trot, but this is a comfortable setting for George and he sings expertly, his surroundings never masking his gossamer phrases. Everything is in place for a fine album, apart from the material: there are a couple of songs that hook in the mind, like "If Only Your Eyes Could Lie" and "The Right Left Hand," but most of the album is merely competent, pleasing only on a generic level. 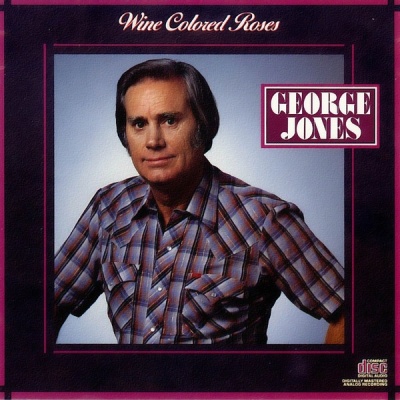