The soundtrack to the happy-go-lucky teen romantic comedy Win a Date With Tad Hamilton has an appealingly lighthearted mix of dance, rock, and pop that includes Wheat's "Some Days," the Thorns' cover of the Jayhawks' alt-country classic "Blue," and Liz Phair's "Why Can't I?" (surely one of the most-featured songs on romantic comedy soundtracks in 2003 and 2004). The overall feel of the collection is down-to-earth, with a strong emphasis on singer/songwriter tracks like Kyle Riabko's "Waiting," Jason Wade's "Days Go By," and John Mayer's "Back to You." Indeed, the soundtrack often sounds like it was aimed at an older audience than the film was (or, at least, it's giving teenagers more credit than most soundtracks do) by including so many quiet, largely acoustic songs such as Alice Peacock's "Leading With My Heart," and Bonnie McKee's "Somebody." The songs that actually do sound like they belong on a typical teen movie soundtrack, like Wilshire's "Something Special," Soul Kid #1's "More Bounce in California," and Bleu's "I Won't Go to Hollywood" almost seem out of place compared to the more restrained feel of the other tracks. However, this slight schizophrenia doesn't detract much from Win a Date With Tad Hamilton's easygoing feel. 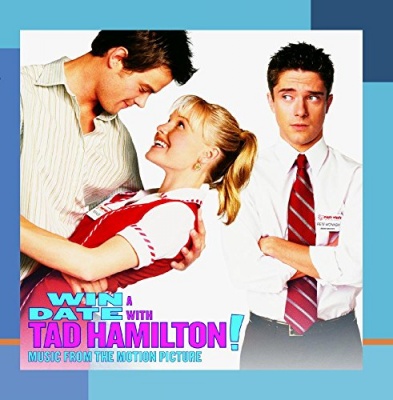