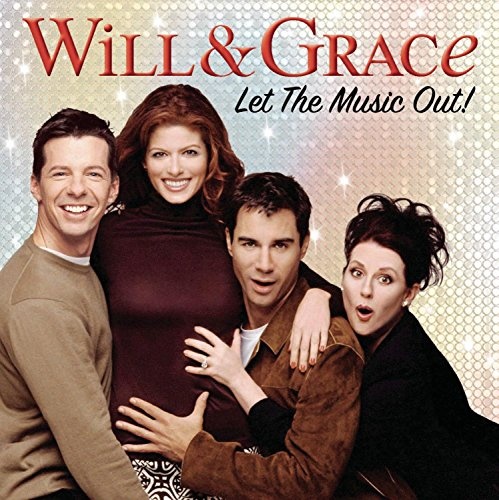 A quiet show that was expected to cause a few feathers to ruffle due to its openly homosexual characters has become a pioneer in television history. Let the Music Out! captures some of the more memorable moments involving music, including such gay cult icons as Cher, Madonna, Elton John and Britney Spears. In the spirit of the Pet Shop Boys when they recorded the song inspired by the British sitcom Absolutely Fabulous. The fab four of the cast (Will, Grace, Jack and Karen) also come together for "He's Hot," which is essentially clips from the show strung over an updated house version of Madonna's "Holiday." Also, Karen (Megan Mullally) gets her shot to duet with Carly Simon on "The Right Thing to Do," and Will (Eric McCormack) gets to duet with Barry Manilow playing piano for the slightly sappy "Living With Grace," and comes across at times like a bad Gary Puckett impersonation. On the whole it's a solid compilation that will appeal to cult fans of the show looking to recall some of its finest moments.