Rachel Platten's story isn't atypical. After more than a decade toiling away in the trenches of mainstream pop, she finally had her planets align in 2015 and had "Fight Song" -- an inspirational slice of AAA pop in the tradition of Sara Bareilles' "Brave" and Katy Perry's "Roar" -- turn into a genuine phenomenon, the result of good timing and hard work. Other stars of the 2010s followed a similar trajectory, including Perry herself, but in Platten's case, it's hard not to hear the mechanisms at work on her 2016 major-label debut, Wildfire. Each of the album's 12 songs deliberately recalls other musicians, stars that are bigger and brighter than Platten. By bouncing between Kelly Clarkson power ballads and Taylor Swift in electrified Max Martin mode, Platten illustrates her diversity but her heart lies in the middle of the road. "Fight Song" indicated as much but Platten doubles down on its middlebrow aspirations by opening the album with "Stand by You," another dose of inspiration cut from the "Brave"/"Roar" cloth, and much of Wildfire follows this melodramatic blueprint, whether she's empathizing with the homeless on "Angels in Chelsea" or pondering the vast reaches of the cosmos. She lightens the load on occasion -- notably on "Hey Hey Hallelujah," a not-bad piece of frothy dance-pop undone by an asinine Andy Grammer cameo ("I say hallelujah when you touch me/Hallelujah, Jeff Buckley") -- but Wildfire is the work of a determined singer/songwriter who prizes craft over poetry or introspection. Platten specializes in skyscraping melodies and big, bombastic surfaces and these are the elements that not only fuel Wildfire, they distinguish it from the singer/songwriter's clear antecedents. 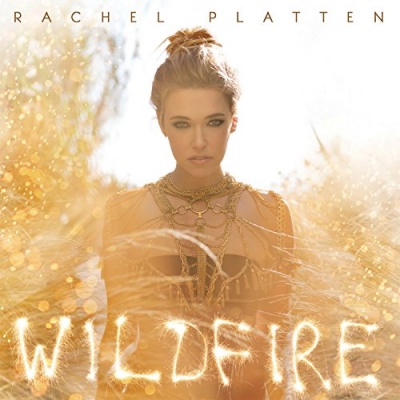