The Chicks spent the first half of the '90s toiling away on the independent bluegrass circuit, releasing three albums on small labels, before sisters Martie Seidel and Emily Robison decided to revamp their sound in 1995, adding Natalie Maines as their lead singer and, in the process, moving the group away from bluegrass and toward a major label with Sony/Columbia's revived Monument Records imprint. All of this seems like the blueprint for a big pop crossover move and, to be sure, their 1998 major-label debut Wide Open Spaces was a monumental success, selling over ten million copies and turning the group into superstars, but the remarkable thing about the album is that it's most decidedly not a sell-out, or even a consciously country-pop record. To be sure, there are pop melodies here, but this isn't a country-pop album in the vein of Shania Twain, a record that's big on style and glitz, designed for a mass audience. Instead, Wide Open Spaces pulls from several different sources -- the Chicks' Americana roots, to be sure, but also bits of the alt-country from kd lang and Lyle Lovett, '70s soft rock (any album that features versions of songs by J.D. Souther and Bonnie Raitt surely fits this bill), even the female neo-folkies emerging on the adult alternative rock stations at the end of the decade. In other words, it hit a sweet spot, appealing to many different audiences because it was eclectic without being elitist, but they also had a true star in Natalie Maines, whose powerful, bluesy voice gave these songs a compelling center. Maines was versatile, too, negotiating the twists and turns of these songs without a hitch, easily moving from the vulnerability of "You Were Mine" to the snarl of "Give It Up or Let Me Go." The same goes for the Chicks and Wide Open Spaces as a whole: they are as convincing on the sprightly opener "I Can Love You Better" or the bright, optimistic title song as they are on the breezy "There's Your Trouble" as they are on the honky tonk shuffle of "Tonight the Heartache's on Me" and the rocking swagger of "Let 'Er Rip." It's a remarkably wide range and it's effortlessly eclectic, with the Chicks bringing it all together with their attitude and understated musicality -- as debuts go (and this does count as a debut), they rarely get better than this. 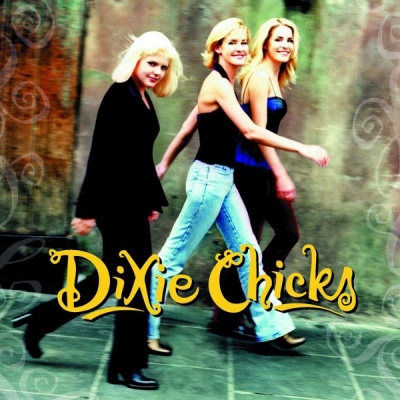