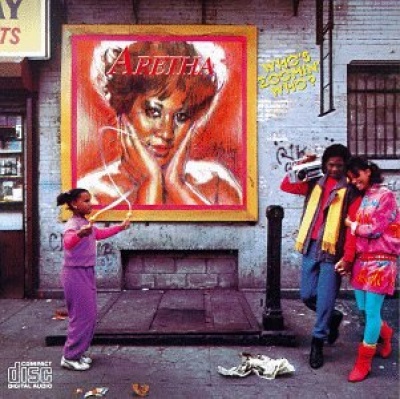 After an almost-two-year hiatus from the charts, the Queen of Soul returned in style with three Billboard R&B Top Ten singles, including the number one smash hit "Freeway of Love," which featured a festive rhythm arrangement, an electric sax solo by Clarence Clemons, and Aretha Franklin's lively vocals. It held the number one spot for five straight weeks. The title track, "Who's Zoomin' Who," has a sputtering bassline and chiming keyboards augmented by Franklin's soulful delivery, and her improvised ad libs are laudable, to say the least. The single peaked at number two for four consecutive weeks. She had another Top Ten hit with "Another Night," a midtempo number with a light rock feel. It was a number nine hit. Her duet with the Eurythmics, "Sisters Are Doin' It for Themselves," faltered at number 66. Narada Michael Walden is credited with the majority of the production on this sound outing.