As big a hit as it was -- and it was a multi-platinum blockbuster, spinning off several chart-toppers -- it’s not easy to think of Whitney Houston’s 1985 debut as the dawning of a new era, but it was. Arriving in the thick of MTV, when the slick sounds of yacht-soul were fading, Whitney Houston is the foundation of diva-pop, straddling clean, cheery R&B and big ballads designed with the adult contemporary audience in mind. Houston’s background lay in the former -- actually, it was even riskier, encompassing a stint with the experimental Bill Laswell outfit Material -- and her benefactor Clive Davis knew all about selling records to the masses. Appealing as this album is, Davis may never have imagined how Whitney Houston would shift tastes, pushing toward skyscraping ballads where the singer’s affectations, not the songs, were paramount -- a move that later led to hollow records, but on Whitney Houston the songs were as important as the immaculate productions. Certainly, the showstopping “Greatest Love of All” provided the blueprint for decades of divas, but it’s the only overblown moment here, with the rest of the ballads -- notably “Saving All My Love for You” and “You Give Good Love” -- burning slowly and seductively, but what really impresses some 20-plus years on are the lighter tracks, particularly the breakthrough single “How Will I Know” and the unheralded “Thinking About You,” a dance/R&B hit co-written by Kashif that remains one of Whitney’s purest pop pleasures. These joyful, rhythmic moments faded away from Houston’s later work -- and also rarely surfaced on the records of those who followed her -- but their presence on this debut turns this into a fully rounded record, the rare debut that manages to telegraph every aspect of an artist's career in a mere ten songs. [The 2010 25th anniversary edition of Whitney Houston is expanded with five bonus tracks -- remixes of “Thinking About You,” “Someone for Me,” “How Will I Know,” a live version of “Greatest Love of All” from 1990, and a superfluous a cappella mix of “How Will I Know” -- and a bonus DVD containing music videos from the album, new interviews, and -- best of all -- Whitney’s star-making 1983 performance on The Merv Griffin Show.] 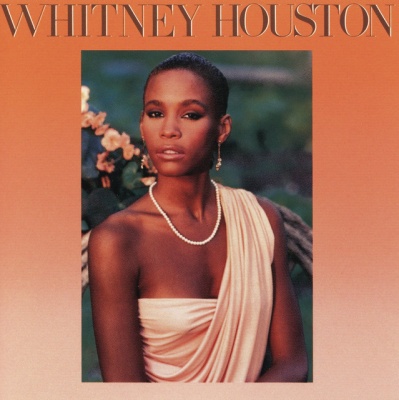