This double CD compiles everything ever released by the influential New Jersey grindcore band Human Remains. Disc one contains all the officially released material -- two 7"s, the Using Sickness as a Hero CD EP, and one compilation-only track -- while disc two brings together 18 demo tracks, including versions of most of what's on disc one as well as seven songs that didn't ever officially get released. The demos are, as expected, rougher around the edges, but for fans it's interesting to hear how Human Remains evolved and improved over the years, especially from 1990 to 1992, and how the band constantly reworked certain songs throughout its career. (There are three different demo versions of "Human" alone, and two versions each of "Rote" and "Mechanical," so scholars will have something to keep themselves busy.) Still, the main attraction is disc one, not only for the out of print Using Sickness, but also for the compilation-only track, "Spoiling of Beauty" (which turns out to be one of their best songs, with the best sound quality and some of their most interesting guitar work). The six tracks that come from the two 7"s (both of which predated Using Sickness) are more raw, a little less experimental, and a little heavier on the straightforward grindcore, but they're still unorthodox and in keeping with the overall Human Remains hybrid sound of grindcore meets hardcore meets dissonant death metal. The only slight disappointment with this set is that there isn't more specific information about the original recordings (dates, record labels, album art, etc.). That minor complaint aside, this is still obviously the CD to buy for anyone interested in Human Remains, and it's also recommended for anyone interested in grindcore or more experimental death metal. 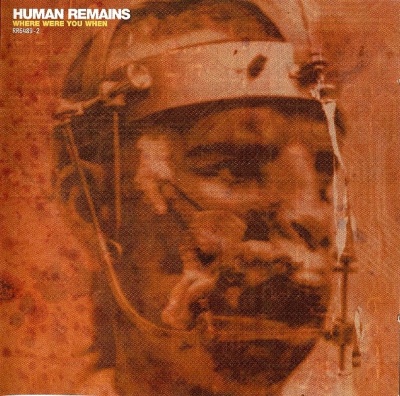