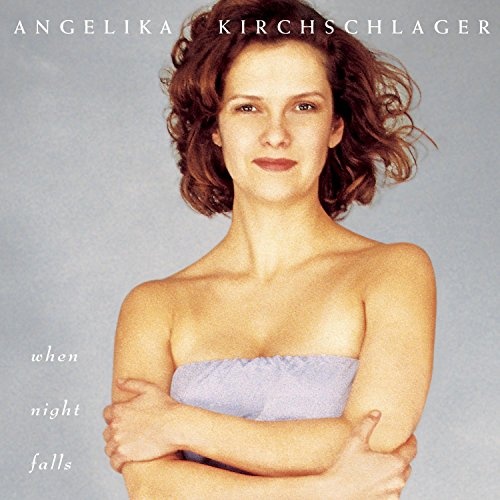 This collection of songs loosely defined as lullabies, featuring the warm, expressive voice of mezzo-soprano Angelika Kirchschlager and dedicated to her young son Felix, is a model of creative and eclectic programming. WHEN NIGHT FALLS is far from simply being a "Greatest Lullaby Hits" compilation, though it does include some old favorites. The program ranges from the lieder of Schubert, Brahms (including, of course, his famous 'Wiegenlied') and Zemlinsky, to folksong arrangements by Canteloube, Haydn, de Falla and Copland, while opening and closing with excerpts from Sondheim musicals.

The tempos are predominantly slow and restful, with lilting, cradle-rocking rhythms frequently present, but variety is provided in the form of multiple national styles and diverse accompaniments: piano, of course, but also guitar or strings on several tracks. Yuri Bashmet joins in for Brahms' two ravishing songs with viola, matching the tenderness of Kirchschlager's own performance, and John Williams provides sensitive guitar accompaniment on de Falla's 'Nana' and elsewhere. Given the folk or popular origins of many of the songs here, the Broadway strains of Sondheim do not sound out of place, and Kirchschlager brings as much of her accomplished technique and style to these songs as to everthing else in this lovely recital.