The film What Women Want is a fantasy and romantic comedy centered on an advertising executive who loves the 1950s music of Frank Sinatra and embodies some of its "ring-a-ding-ding" attitudes until one of those magical things that happen only in the movies changes his outlook. The character's musical taste drives this various-artists soundtrack album (Alan Silvestri's score is restricted to a three-minute excerpt at the end), one of the few ever to boast Sinatra tracks when Sinatra himself didn't star in the film, along with similar material performed by Sinatra contemporaries Tony Bennett, Bobby Darin, Sammy Davis, Jr., Peggy Lee, Lou Rawls, and Nancy Wilson, with the Temptations contributing a reading of Cole Porter's "Night and Day" and Nnenna Freelon a newly recorded version of the 1929 song "If I Had You." All of this makes for a reasonable sampler of '50s and early-'60s style pop singing, except for a couple of late-'90s hits jarringly thrown into the mix. No doubt Meredith Brooks' "Bitch" and Christina Aguilera's "What a Girl Wants" comment on the film's basic plot -- a man who suddenly finds himself able to read women's minds -- but these contemporary pop/rock recordings seriously upset the album's mood. So it goes with soundtrack albums, though, and people buying the album as a souvenir of the film probably won't mind. 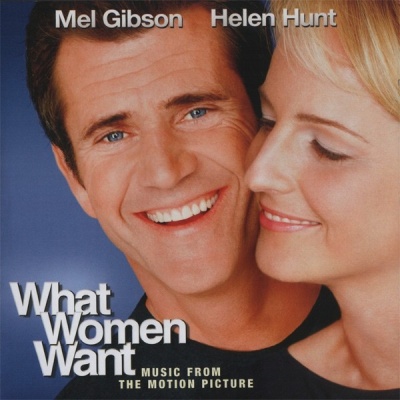