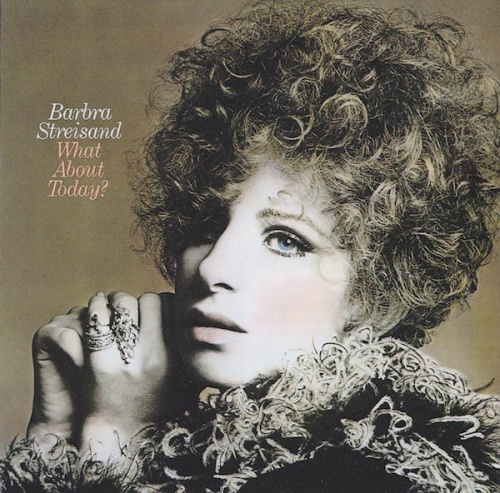 What About Today?, Barbra Streisand's first new studio album in two years, was her initial, frankly unsuccessful encounter with the pop music revolution of the 1960s. The songs were by Paul Simon, Lennon/McCartney, Bacharach/David -- not exactly hard rock, but apparently beyond the ken of Streisand, who employed her usual armory of belting and shtick, all to no avail. Her usual arrangers, Peter Matz, Don Costa, and Michel Legrand, succeeded in turning some excellent contemporary material into Las Vegas schmaltz and glitz, and Streisand sang the songs the same way. She was laughably unable to comprehend the work of her own peers. Streisand was actually younger by a year or two than Paul Simon and John Lennon. She sang as if she was old enough to be their mother.