What a Night Review

Tom Jones mounted one of his periodic comebacks with "Say You'll Stay Until Tomorrow," which topped the country charts in early 1977 and crossed over to the Top Ten on the easy-listening charts and into the Top 20 on the pop charts. He attempted to follow up that success later in the year with the album and single What a Night, and the single got some country attention, but otherwise, Jones disappeared from the record charts and Epic Records dumped him. The problem may have been that he was trying to be too many things to too many different audiences. In concert, he was still the sexy Vegas lounge lizard who scooped up panties and hotel room keys (that was the persona he adopted on the album cover); on record, he wanted to be a loverman ("That's Where I Belong"), a (slightly) country crooner ("What a Night," "Easy to Love"), a disco king ("Day to Day Affair," "I Wrote This Song"), and even a swampy country rocker ("Ramblin' Man" -- not the Allman Brothers Band song, despite the questionable songwriting credit to "D. Betts" -- cut with the Muscle Shoals rhythm section). Or maybe the problem was that, whatever he wanted to be, he needed better material than he had here. 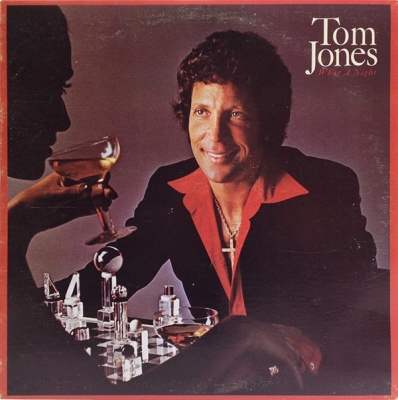 What a Night Album Information