West of Memphis is a documentary film written and directed by Amy Berg, and produced by Peter Jackson, Fran Walsh, and others, which follows the heavy hands of misplaced justice after the murders of three eight-year-old boys in West Memphis, Arkansas in 1993. Three teenagers were arrested and convicted of the murders in a controversial trial that featured, among other twists of dubious police work, forced confessions, vague witnesses, concocted stories of satanic rituals, and the astounding introduction of heavy metal music as a crime motivator. All three of the teens were sent to prison, and one of them, Damien Echols, was placed on death row. The film chronicles efforts to free Echols from the row, after DNA and other surfacing evidence cleared all three of any crime. Eventually Echols and the other two were allowed to leave prison (and death row) in the summer of 2012 after 18 years of incarceration under the rarely-used Alford Plea, which allows defendants to declare innocence while pleading guilty, but is really a way for the justice system to say, hey, we messed up but we're not going to admit it so you can't sue us for false imprisonment. This set is drawn from the soundtrack to the film, along with additional tracks either submitted or contributed specifically for this album project. Given the subject matter of the film, these tracks range from angry, somber, and anguished to something closer to forced resignation, but the overall feel of the whole album is redemptive. Among the highlights are Lucinda Williams' re-recording of her 2006 song "Joy," Marilyn Manson's cover of Carly Simon's "You're So Vain," a poignant song from Eddie Vedder, "Satellite," and Bob Dylan's sturdy "Ring Them Bells" from his 1989 album Oh Mercy. Few, if any, of these songs are uplifting when taken one by one, but again, the overall effect of this playlist is positive, the way stories of resilience and winning freedom always are. 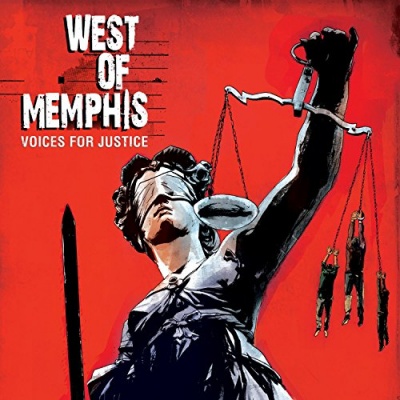