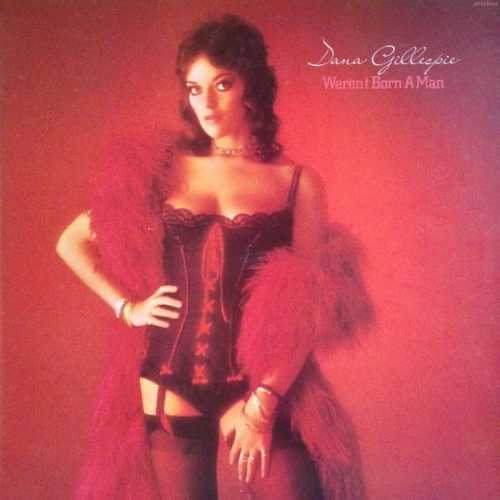 Dana Gillespie produced this excellent album along with Robin Cable, the engineer who failed to properly produce Boston band Private Lightning. If only he had procured some of the direct sounds evident on Weren't Born a Man. David Bowie and Mick Ronson produced the Gillespie original, "Mother Don't Be Frightened," along with a version of Bowie's "Andy Warhol." The inclusion of Rick Wakeman, Rolling Stones sax player Bobby Keyes, and Elton John percussionist Ray Cooper adds to the festivities, but it is Gillespie who shines through as a genuine artist. "All Cut Up on You" is a song to covet; Gillespie's definitive vocal and lyrics get right to the point. She changes hats with "Eternal Showman," where she's as tender as Mare Winningham, emotive as Grace Slick. The album shifts moods, and the musicians seem to enjoy the transitions. Where Lou Reed's Berlin album was a dense nightmare, Gillespie showcases her artistry in a more subtle and musical way. "All Gone" could have been the inspiration for Paul Simon's "Still Crazy After All These Years." With lines like "Can't drink the same holy water," it concludes the album on a pretty but down note, just as it started with the Marianne Faithfull-styled "Stardom Road Parts I & II." That seven-minute track could have been written about all the artists signed to Mainman, the company that managed Gillespie. As Lulu sang on her minor hit "I Could Never Miss You," Gillespie comes right to the point that she's "Backed a Loser." This album is more about despair than optimism, though she keeps her head above water while the aforementioned Berlin dragged everything down in its undertow. Majestic in her despair, it is the title track, with its sexual ambiguity, that is the most poignant. It seems to be a love song to a woman who wants her, and who is everything Gillespie wishes her men could be. "I lost my teddy bear/He just vanished in the fog/You love like a lady/You walk like a sailor/It's so sad/You weren't born a man." It's so sad that this excellent album didn't make bigger waves.