Released a year and a half after Tori Amos' Epic debut Scarlet's Walk, 2004's Welcome to Sunny Florida is a DVD/CD set that documents her 2003 supporting tour for the album. The CD is called "Scarlet's Hidden Treasures" and, as its title suggests, it rounds up outtakes from the previous album and a few newer tunes, most moody piano-and-voice affairs, but the bossa nova "Bug a Martini" and "Tombigbee" are memorable, largely because they're the only ones that break from the long, languid ballad template. They're interesting, as is the anti-George W. Bush stance she takes on several songs, but ultimately this EP-length six-track CD is a sideshow to the full-length concert on the DVD. Running nearly three hours total (including bonus special features, such as "Full Length Interviews" and "Tour Yearbook"), the concert contains no surprises -- especially to those fans who claim to have seen her 75-100 times at the beginning of the program -- but it's a strong performance, and the video is crisp and clean, as is the 5.1 mix. It's not especially a noteworthy performance, but it's a good one, one that's likely to satisfy the hardcore fans it's targeted to. 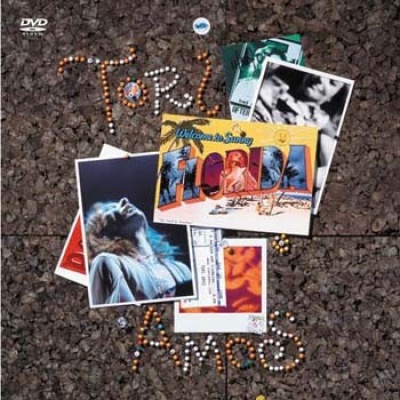