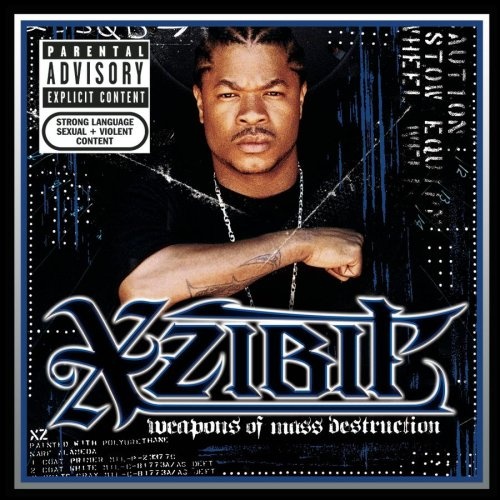 Not nearly as star-studded as his past two albums, Restless (2000) and Man vs Machine (2002), Xzibit's fifth album, Weapons of Mass Destruction, is a more focused effort, boasting an aggressive tone, a high-quality production roster, and a potent club track by Timbaland, "Hey Now (Mean Muggin)." There are several other highlights, including "Lax," "Criminal Set," "Tough Guy," and "Klack," but there's also a substantial amount of filler. Xzibit clearly is trying to distance himself from his last album, Man vs Machine, which proved a bust commercially, despite its roll call of well-known talent, including Dr. Dre and DJ Premier. Weapons of Mass Destruction does sound a lot different from its predecessor, though it's not necessarily an improvement. Rather, it sounds as if Xzibit is unsure of which direction to head creatively: back to his roots as an underground rapper, or for a contemporary commercial sound that appeals to a mass audience? Parts of Weapons of Mass Destruction, particularly the Strong Arm Steady collaborations, are reminiscent of Xzibit's first two albums, At the Speed of Life (1996) and 40 Dayz & 40 Nightz (1998); yet other parts of the album, particularly tracks such as the aforementioned Timbaland collaboration, featuring R&B singer Keri Hilson, are reminiscent of his post-stardom albums, Restless and Man vs Machine, when he was shooting for the charts. The end result is an album that doesn't gel together well as a whole, albeit one that thankfully includes a handful of highlights worth checking out for fans.