We Will Reign Review

If activist rock band the Last Internationale were worried that they might be betraying their leftist credentials by signing with a multinational corporation as big as Sony for their third full-length album, We Will Reign, they sure found a good way to deflect that criticism: Bill Ayers, the former Weatherman and current author and educational theorist, wrote the liner notes for the album, and gives them a ringing endorsement, declaring that the group is picking up where the late Pete Seeger left off. There's a dash of irony in this, as We Will Reign often feels like an effort to buffer the sharp edges off the Last Internationale's sound and philosophy in the service of reaching a larger audience. The fierce folk-punk attack of their earliest work has been replaced with a beefy but more generic hard rock growl with a rootsy edge, and the songs frequently deal with speaking truth to power, where the group used to freely cite specifics, and by comparison the majority of these anthems are generalized enough to cover whatever issue is bugging you this morning. (The opener, "Life, Liberty, and the Pursuit of Indian Blood," is a notable exception.) The addition of former Rage Against the Machine drummer Brad Wilk to the lineup certainly adds to the hard rock wallop of tunes like "Killing Fields" and "1968," but "Battleground" sounds cleanly radio-ready in its uplifting swagger, and the cover of "Baby It's You," well executed as it is, feels like an olive branch to programmers eager for something without a hint of controversy. There's no arguing that Delila Paz has a big, strong voice that can stand up to the loudest amps in the room, and Brendan O'Brien's production makes the most of it, but those who were hoping that We Will Reign would live up to the rabble-rousing standards of the Last Internationale's early work are likely to be let down, even if they approve in principle with this act of solidarity with the people. 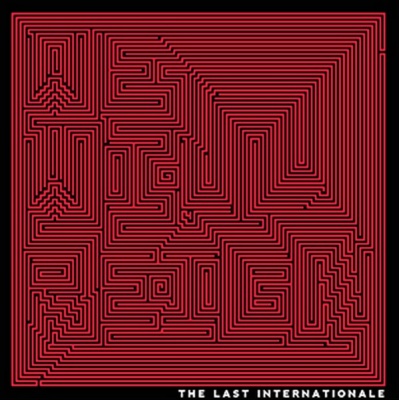 We Will Reign Album Information