There were two paths Ke$ha could've followed on her second album, Warrior. She could've tried a respectable street, sticking a pen in her heart so her feelings would pour onto the page, or she could have not changed a note, replicating the glitter-bomb of Animal. Cannily, she decided to split the difference between these two routes, remaining defiant in her tastelessness but flashing just enough depth to show she's not a passing fad. Of course, Ke$ha is savvy, knowing which trends to exploit and which to abandon, never compromising her position of the queen of the white-trash outcasts. Her gleeful embrace of low-rent taste separates her from her peers, every one of them containing some sort of aspiration of high-thread-count sophistication, something the ever-calculating pop star could possibly care less about. Throughout Warrior, Ke$ha raises a glass to the classless masses, the girls who only live for good times, never thinking about the consequences of their actions. She's smart enough to know there's a morning after, but unlike Lady Gaga, who happily embraced her status of queen of the Little Monsters, Ke$ha wants to get into the thick of it, writing rallying cries, not anthems. She may be writing songs for her burgeoning cult, but there is no separation from her audience, she is part of them, leading them into battle wearing ripped tights, heavy mascara, and piles of hair. Taste never enters into Ke$ha's equation: she's gleefully vulgar, embracing the magic in a dude's pants, copping a rapper's growl, tossing out profanity, encouraging the shock and awe of any listener with a lick of sense. Ke$ha may play dumb but she isn't stupid: she knows a good hook, whether it's in the rhythm, chorus, lyric, or melody, she knows how far to take it to the edge, knows how to be tacky without being gross. At her best, she is deliriously trashy: she ropes Iggy Pop in for a duet on the filthy "Dirty Love," "C'Mon" surges on the intoxication of a one-night stand, "Only Wanna Dance with You" is a riotous piss-take on the Strokes that pushes them toward the bubblegum where they belong, and on the deluxe edition, she writes the greatest Joan Jett song ever in "Gold Trans Am." Her stabs at sincerity, so casual they could almost be dismissed, benefit by her light touch, particularly the neo-country crawl "Wonderland." Moments like this reveal the precision in her pop machine, but Warrior works because Ke$ha never seems to be trying too hard yet she isn't coasting: she's created a statement of purpose where the highs aren't as high as those on Animal -- nothing digs in like "Tik Tok" or "Take It Off" -- but there are no lows. It's a wall-to-wall party for the freaks, burnouts, outcasts, and misfits and if you don't get it that's your fault, not hers. 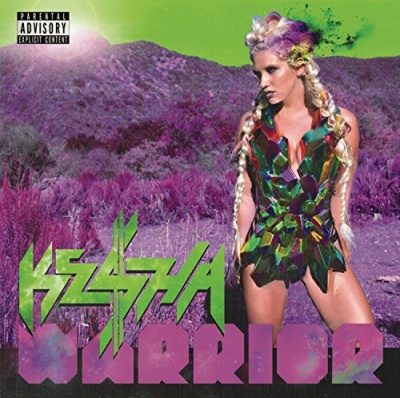