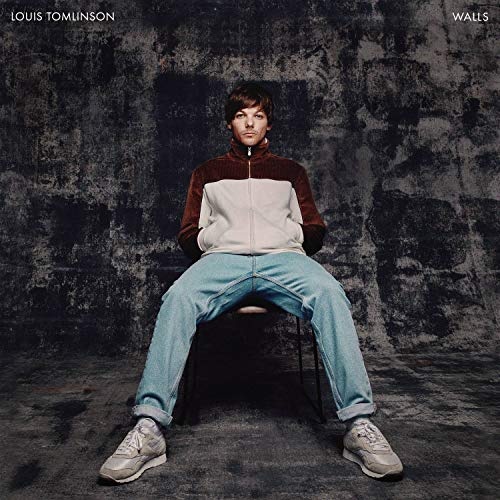 Four years after going on indefinite hiatus, U.K. boy band One Direction saw its members embark on varied solo careers. Of the group's most recognizable faces, Zayn Malik and Harry Styles remained at the forefront, with the former setting up shop in the bedroom with his cool R&B seducers and the latter conquering the stage as a fearless, fluid rock god. Meanwhile, Niall Horan established himself in the indie folk realm, delivering earnest ditties with heart and little production fuss, and Liam Payne lost his way in an effort to become a hyper-horny pop star. So when Louis Tomlinson finally released his own solo effort, it was refreshing to see him carve his own path and remain true to his rock influences. On Walls, it's apparent that -- despite not having the same star power as Zayn and Harry -- Tomlinson was a crucial part of the One Direction songwriting equation. As wholesome and sweet as any of 1D's hit singles, the selections on his debut are pleasantly surprising, a straightforward collection of indie and Britpop-influenced singalongs from a maturing family man. A bit of Robbie Williams and a lot of the Gallagher brothers, Walls wears its influences on its sleeves, going as far as interpolating Oasis' "Acquiesce" on the rousing title track. Noel's signature harmonizing style further buffers the song and, later, Tomlinson does his best Liam impression with "Only the Brave." Elsewhere, the ghosts of One Direction past rise on the affirming "Don't Let It Break Your Heart" and "Perfect Now," a treacly companion to "What Makes You Beautiful." A sweet ode to his late mother -- who passed in 2016 from leukemia -- "Two of Us" is one of a handful of touching moments that add emotional heft to Walls that isn't found on his former bandmates' respective efforts. Therein lies one of the best and biggest differences amongst these solo paths: even if the songs on Walls aren't the most distinct or memorable, they come from a place of authenticity that's genuinely heartwarming and enjoyable. Like any other settled adult, Tomlinson is perfectly content to stick to the reliable, and Walls winds up being the most mature and natural of the ex-1D bunch.