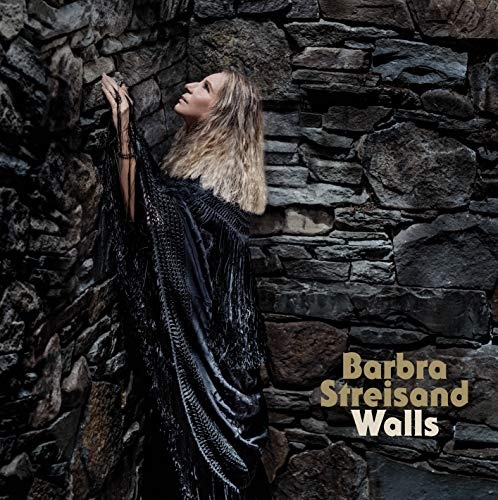 Having established her own philanthropic foundation in 1986, Barbra Streisand has long been an outspoken proponent for the protection of the environment, world peace, civil rights, and women's rights. She brings these passions to bear on her sophisticated 2018 studio album Walls. While Walls is certainly borne out of Streisand's own deeply heartfelt feelings regarding the state of the world and the seemingly divisive nature of American politics circa 2018, it's also a lushly produced and ruminative album that allows the multi-Grammy-winning singer to strike a pleasingly sincere tone with a broad appeal. Executive-produced by Streisand and Jay Landers, along with production and songwriting pros including Carole Bayer Sager, Walter Afanasieff, Alan and Marilyn Bergman, and others, Walls features a mix of newly penned originals and thoughtfully curated covers that evokes the adult-contemporary pop she championed throughout the '70s and '80s. Explicitly, the orchestral title-track, delivered with Broadway-level drama by Streisand, is a plea for bridging our personal differences rather than walling ourselves off. It's a sweeping, movie-perfect song, and showcases how Streisand's highly resonant voice has only grown richer with age. Several other songs, including the classical guitar-accented "What's on My Mind" and the hypnotic, piano-driven "Don't Lie to Me," are earnest meditations on the need for kindness, empathy, and honesty in our society. Elsewhere, she and writer/producer Desmond Child weave lines from Emma Lazarus' 1883 Statue of Liberty sonnet "The New Colossus" into their sweeping ballad "Lady Liberty." Similarly, with the Sager, Landers, and Jonas Myrin co-write "Better Angels," Streisand draws directly upon President Abraham Lincoln's 1861 inaugural address singing "We are not enemies, there is no good in that." Streisand's cover choices also evoke a thoughtful timeliness as she pairs with Michael McDonald and Kenneth "Babyface" Edmonds for Burt Bacharach and Hal David's Vietnam-era classic "What the World Needs Now." Equally timely is her gorgeously melancholy reading of the standard "Happy Days Are Here Again." There's both a sadness and warmth to Streisand's performances on Walls that befits the album's subject matter and speaks to her own ability to communicate to, and often for, her audience.