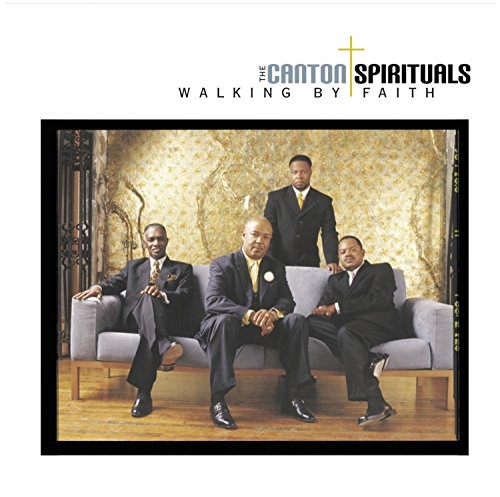 The wonderful thing about gospel music is that it's a good bet that the current generation of The Canton Spirituals surely sings the same lovely messages as the group did in 1943, when it was founded by Harvey Watkins Sr. For nearly 60 years, the ever-evolving group from Canton, Mississippi has been a force in the genre, and one of the top quartets in the country. Watkins' son, Harvey Watkins Jr, is currently the musical director. The timeless messages come through with a brassy, bluesy intensity, that sound like they came from up the road in Memphis -- especially on vibrant, bouncy clapalongs like "I Feel the Spirit" and deep, organ based proclamations a la "Church Is Gonna Make It." It's not all happy-clappy; the group reaches a little deeper on the emotional ballad "Softly and Tenderly," which speaks of the joy of belonging to God. Guest vocalist Genobia Jeter Jones adds a feisty feminine dimension to "Never Let Go," which adds variety and challenges the boys to keep up. You don't hear much rock guitar in traditional gospel, which makes the blistering "Holy Ghost Guitar" one of the more surprising and electrifying tracks.