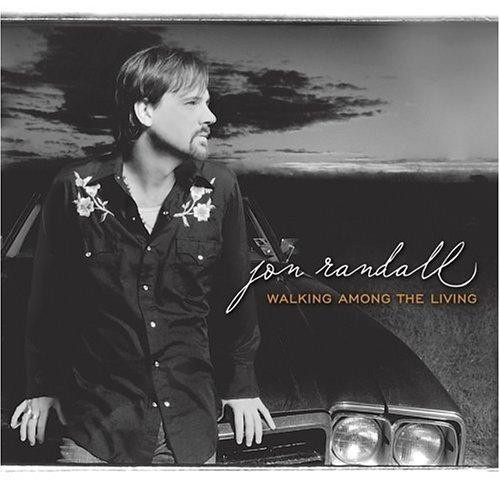 Walking Among the Living is Jon Randall's first record in six years, his first since the independent 1999 release Willin' failed to earn an audience. That followed two major-label LPs -- his 1995 debut, What You Don't Know, for RCA and his 1998 effort for Asylum, Cold Coffee Morning -- that also didn't make many waves, and after three strikes, he turned to a career as a professional musician and songwriter, playing with Sam Bush, Lyle Lovett, and Patty Loveless. Then, in 2004, Brad Paisley and Alison Krauss had a Top Ten country hit with his original song "Whiskey Lullaby," and Randall suddenly became a hot commodity. He wound up signing with Epic, releasing Walking Among the Living in the fall of 2005. While this LP marks his third shot at the big time, there is a big difference between this album and What You Don't Know and Cold Coffee Morning. On those two records, he had to play the Nashville game, recording songs by other writers. Here, he sings nothing but his own material, and the result is revelatory. This is first and foremost a writer's record: it's quiet and gentle, spare and unadorned, with the minimal, acoustic-based arrangements emphasizing not just Randall's words, but his lean, tightly constructed compositions. This makes Walking Among the Living an album that rewards close attention, yet unlike some songwriters who place the lyrics above the music, Randall also has a way with a sweet melody, and has an appealingly laid-back performing style. This is such a relaxed album that some listeners may take it for granted, since Randall makes it sound so easy, but what makes Walking Among the Living a small gem is that it's ideal for either relaxation or introspection, and repeated listens reveal what a strong, subtle writer Randall is. Surely, there are plenty of songs here that other performers could poach and have a hit with, but what makes Walking Among the Living a success is that it showcases Jon Randall's strengths as both a writer and a musician. It may have taken him a decade to finally make a record worthy of his talents, but fortunately "Whiskey Lullaby" gave him the opportunity to cut this fine, understated album.